Athlete of the Week: Natalie DePaulo

Athlete of the Week: Natalie DePaulo

THE VERSATILITY: “Nat is a small power forward, but she can shoot 3s from the outside, so she swings on our team,” Friends coach Carolyn Connors said. “Sometimes she’s a guard, sometimes she plays inside. We know if we get it into her inside, she’s going to make that basket. She uses her body incredibly well.”

THE STRENGTH: “I’ve always been a little bit smaller, but that’s OK,” DePaulo said. “I just use my strength and I use what I have to make myself an effective player inside.”

Wilmington Friends junior Natalie DePaulo was named MVP of the New Castle Insurance Cup as the Quakers defeated Cape Henlopen 31-26 for the title at the Diamond State Classic.

THE WORK: “Nat worked the entire summer and totally transformed her game,” Connors said. “She was a good player last year. She has totally brought a new game, a new Natalie, to Friends School basketball this year. She worked on everything we asked her to work on, and she made tons of improvement.”

THE TITLE: “We don’t get a lot of opportunities to do this,” DePaulo said. “So I’m just really proud of how our team pulled together. I think this is really good, and it’s going to give us some confidence to go forward in the season.”

THE CLASSROOM: DePaulo’s favorite subject is English. “I think it’s interesting,” she said. “I like reading and those kinds of things.”

THE FUTURE: DePaulo is contemplating a career in business or going to law school. But first, she would love to keep playing her favorite sport. “I just love playing basketball, so if I could get to keep doing that in college that would make me really happy,” she said. 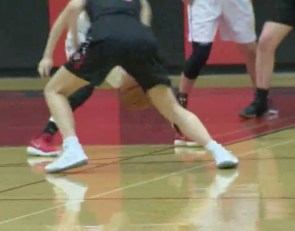 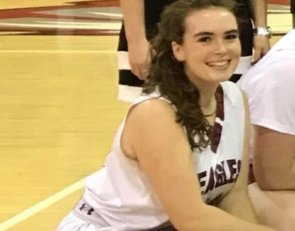 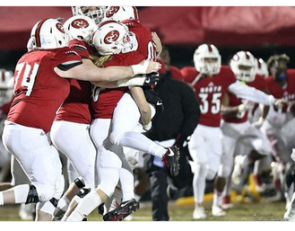 https://usatodayhss.com/2017/athlete-of-the-week-natalie-depaulo
Athlete of the Week: Natalie DePaulo
I found this story on USA TODAY High School Sports and wanted to share it with you: %link% For more high school stories, stats and videos, visit http://usatodayhss.com.