Baseball coach in Mich. accused of seeking sex with a minor

Baseball coach in Mich. accused of seeking sex with a minor

Gerald Holley was a veteran teacher and baseball coach at Pioneer High School in Ann Arbor, Mich., honored as a coach of the year, and educated and trained young minds for decades.

But today, Macomb County authorities identified him as a child sexual predator who was arrested for trying to have sex with an underage child — a person who turned out to be an undercover investigator.

Holley, 57, of Ann Arbor is facing charges of child sexually abusive activity and using a computer to commit a crime in Clinton Township. And he’s been placed on administrative leave by Ann Arbor Public Schools.

“As this is a personnel matter, we have no further comment,” according to a statement from JoAnn Emmendorfer, executive assistant to the school district superintendent.

“As often occurs in cases such as this, this man pursued a career which surrounded him with young people,” Macomb County Prosecutor Eric Smith said in a sheriff’s office release today. “I urge parents to remain vigilant of all those who supervise their children, even longstanding ‘authority’ figures. The predators are out there, and they make it their business to get right next to your kids.”

Detectives from the Macomb County sheriff’s computer enforcement team were made aware of a male on social media believed to be a child sexual predator.

An undercover detective began having conversations with the male, who requested to have sexual relations with an underage child, the sheriff’s office said.

On Wednesday, a meet was set up where the male expected to engage in sexual activity with the underage child. He was arrested at the agreed-upon meeting location.

Neither authorities nor school officials disclosed whether Holley had ever approached district students or how old he believed the undercover officer to be.

Holley was arraigned Thursday on three counts of child sexually abusive activity, a 20-year felony, and one count of using a computer to commit a crime, a 15-year offense, in District Court in Clinton Township, the sheriff’s office said.

He was ordered held on a $50,000 bond and is to obtain a home confinement tether upon release from the county jail. He also is to have no contact with any children and is not to use the internet, according to the sheriff’s office.

“This is one of the many reasons we run a computer crimes unit. In order to protect our children, these highly trained investigators continuously monitor the internet as well as social media platforms to find these predators,” Sheriff Anthony Wickersham said.

Holley has been a varsity head coach at Pioneer since 1995 and is married with two children, according to his biography on a school website. His LinkedIn account states he is a biology teacher and baseball coach and has been with the district for 30 years — 10 at Pioneer and 20 years at Ann Arbor Huron High School. He was named to the Michigan High School Baseball Coaches Hall of Fame in June of this year, according to his profile. 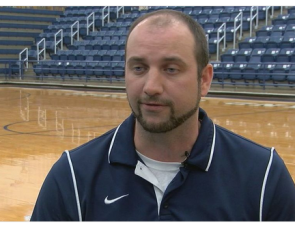 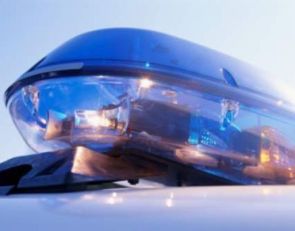 https://usatodayhss.com/2017/baseball-coach-in-mich-accused-of-seeking-sex-with-a-minor
Baseball coach in Mich. accused of seeking sex with a minor
I found this story on USA TODAY High School Sports and wanted to share it with you: %link% For more high school stories, stats and videos, visit http://usatodayhss.com.