Win 80! Latin wins a tight battle over a tough English squad 22-14. Another epic game in the oldest thanksgiving game in the country! @BostonHeraldHS @BGlobeSports pic.twitter.com/RLWMk2pf34

There is dominance, and then there is whatever spell Boston (Mass.) Latin has over Boston English on the football field.

Thursday morning’s matchup of the country’s oldest public school (Latin, founded in 1635) and one of its oldest (English, founded in 1821) marked the 131st edition of the nation’s longest running high school football rivalry.

As is almost always the case in this game now played at historic Harvard Stadium, Latin came out on top, 22-14.

Boston Latin gets another score this one from 13-yards out as Vasquez found Joe Connolly for the score. 22-14 Latin pic.twitter.com/bSJ8aJx9CL

How about this for a one-sided rivalry? From 1961 through 1963, English rattled off three straight wins. Since then, Latin has won all but four of the matchups, with 50 wins in the last 54 meetings.

The Wolfpack now hold an 80-38-13 advantage in the long-running series, which has been played since 1887. 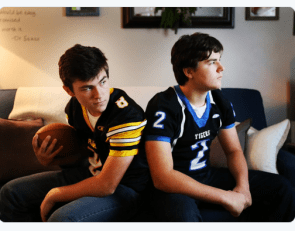 Oh, brother: Boston QB twins opposing each other on Thanksgiving 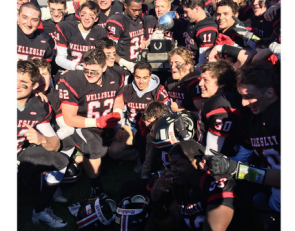 https://usatodayhss.com/2017/boston-latin-has-now-won-50-of-last-54-in-nations-oldest-continuous-prep-football-rivalry
Boston Latin has now won 50 of last 54 in nation's oldest continuous prep football rivalry
I found this story on USA TODAY High School Sports and wanted to share it with you: %link% For more high school stories, stats and videos, visit http://usatodayhss.com.