Oxford, a Wake Forest-bound junior lefthander for Oyster River (Durham, N.H.), threw his fourth consecutive no-hitter in a 6-0 victory against Hollis-Brookline on Thursday.

Amazingly, he closed out the no-hitter Thursday by striking out the side in the seventh inning. He finished with 13 strikeouts and allowed two walks and hit a batter.

He has now gone 30 2/3 innings without a hit. He has 46 strikeouts and 13 walks during the four no-hitters. He whiffed 10 against Goffstown, eight against Pembroke and 15 against Laconia.

“It was probably the best of the four,” he told Fosters.com, “but still not good enough. I expect a lot out of myself. I had a few walks, so there is always something to work on.”

“This is pretty-darn special. Right now he’s just locked in,” Oyster River coach Craig Walfield told Fosters.com. “I’ve never seen him like this. He wants the ball, knows when his starts are coming and he’s just stayed himself. He’s just a kid and he’s having a good time, but he’s turned into a monster.”

According to the National Federation of State High School Associations record book, the national record is six in a row set by Chris Taranto of Notre Dame (Biloxi, Miss.) in 1961 and equaled by Tom Engle of Fairfield Union (Lancaster, Ohio) in 1989. 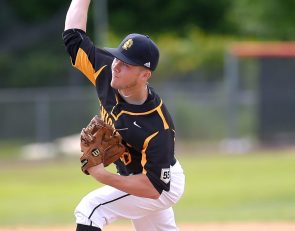 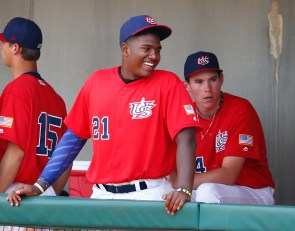 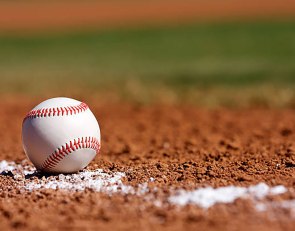