With time winding down in the second period of overtime and the Butler High School girls basketball team trailing Manual by three points, the Bearettes needed someone to step up.

On Friday evening, it was Tasia Jeffries, who had herself a huge scoring night, notwithstanding the biggest shot of the evening.

After taking a pass from teammate Jaelynn Penn at halfcourt with less than 4.9 seconds remaining on the clock, Jeffries took one dribble down the left side of the court before pulling up and firing a 3-pointer from 30-feet away, which swished into the net as the horn sounded to end the second overtime and tie the game at 63-63.

Jeffries hit another 3-pointer in the third overtime and Butler eventually pulled away for a dramatic 72-71 win. Jeffries, who signed with Saint Louis, led the Bearettes with 24 points.

Here’s a look at Jeffries shot at the buzzer. 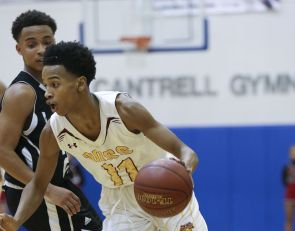 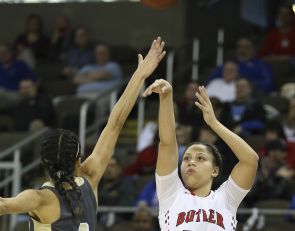 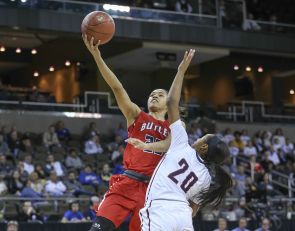 https://usatodayhss.com/2017/butlers-jeffries-drains-3pointer-at-buzzer
Butler's Jeffries drains 3-pointer at buzzer
I found this story on USA TODAY High School Sports and wanted to share it with you: %link% For more high school stories, stats and videos, visit http://usatodayhss.com.