Denton, Texas, offensive lineman Grant Polley played to the Under Armour All-American Game. He is also one eight recruits from Texas for the Buffaloes. (Photo: Intersport)

Colorado was one of college football’s biggest surprises of the 2016 season. Picked to finish last in the Pac-12 South by media members, the Buffaloes went on to win the division on their way to a 10-4 finish. Mike MacIntyre was named Walter Camp Coach of the Year in the process.

That momentum carried into Colorado’s 2017 recruiting class. According to CoachingSearch.com, with help from the rankings of the 247Sports Composite, Colorado had the biggest jump from 2016 to 2017 in terms of where its class ranked. The Buffaloes had the No. 67 class a year ago and leaped to No. 35 this time around.

How did they do it? The Denver Post has some insight into the situation, and it has to do with the Buffaloes hitting the Dallas, Texas, area hard on the recruiting trail. As a results, Colorado signed six players who were in the Dallas Morning News’ SportsDay 100, a listing of the area’s top recruits.

Among them are DeSoto four-star wide receiver KD Nixon as well as his teammate, fellow wide receiver Laviska Shenault. According to one coach, Colorado recruiting coordinator Darrin Chiaverini played a major role.

“Colorado offered them,” DeSoto head coach Todd Peterman told the Post. “I had six guys up on a board I had in my office who had multiple Division I offers. Coach Chiaverini watched them, evaluated them, looked at transcripts and offered them. That was the main thing. They came down and made some offers.”

Not bad at all, especially considering Colorado had no players from the Dallas area on its roster a season ago, per the Post.

“We have a great class coming in here, a legacy class,” Chiaverini, a former Buffaloes wide receiver, told the Post this week. “It shows a lot about the relationships we built with these kids throughout the recruiting process.”

You can read more about how Colorado messed with Texas here. 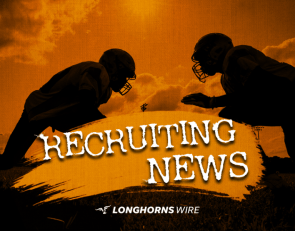 https://usatodayhss.com/2017/by-honing-in-on-dallas-area-colorado-makes-major-leap-in-recruiting-rankings
By honing in on Dallas area, Colorado makes major leap in recruiting rankings
I found this story on USA TODAY High School Sports and wanted to share it with you: %link% For more high school stories, stats and videos, visit http://usatodayhss.com.