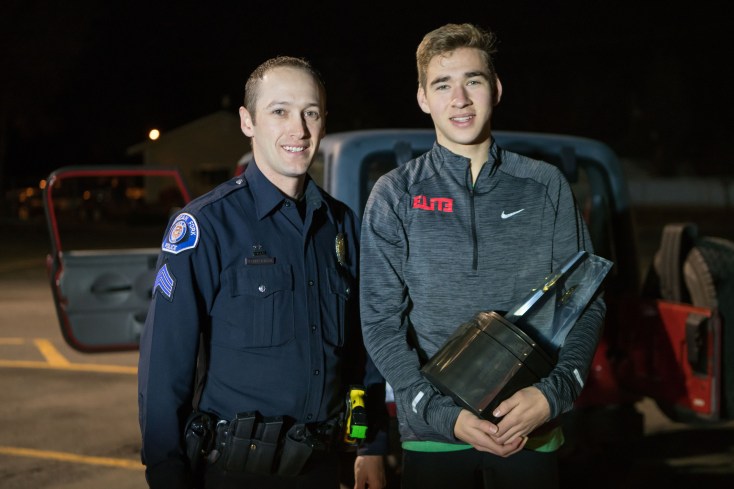 Clinger was pulled over by the police, but rather than a speeding ticket, he got the trophy.

Clinger, a BYU commit, won a second consecutive national title with a time of 15:28.4 at the Nike Cross Nationals Final. He also won the Class 5A individual state title in 14:42.9, a course and meet record and helped the team to a state title.

“Groomed in one of the country’s best cross country programs and starring in one of the most talent-rich states, Casey Clinger set himself apart and may end up as the best prep distance runner in Utah history,” said Doug Binder, an editor for DyeStat.com. “At the Nike Cross Nationals Final, he became the first repeat individual boys champion in event history. He was undefeated in 2016 and beat the national Foot Locker championships’ top three finishers. Smooth, swift and strong, Casey is the complete package.”

Clinger also has a 4.0 GPA in the classroom and is an Eagle Scout and volunteers with the Utah State Developmental Center to help those with intellectual disability.

Clinger is now a finalist for the Gatorade Male High School Athlete of the Year award, which will be presented in July.