When Matt Cates suffered a broken leg in an early-season match as a ninth-grader, winning a state championship wasn’t foremost in his mind, but when he won the 170-pound class on Saturday as a senior, he helped Palm Bay to a fifth-place overall finish in Class 2A. 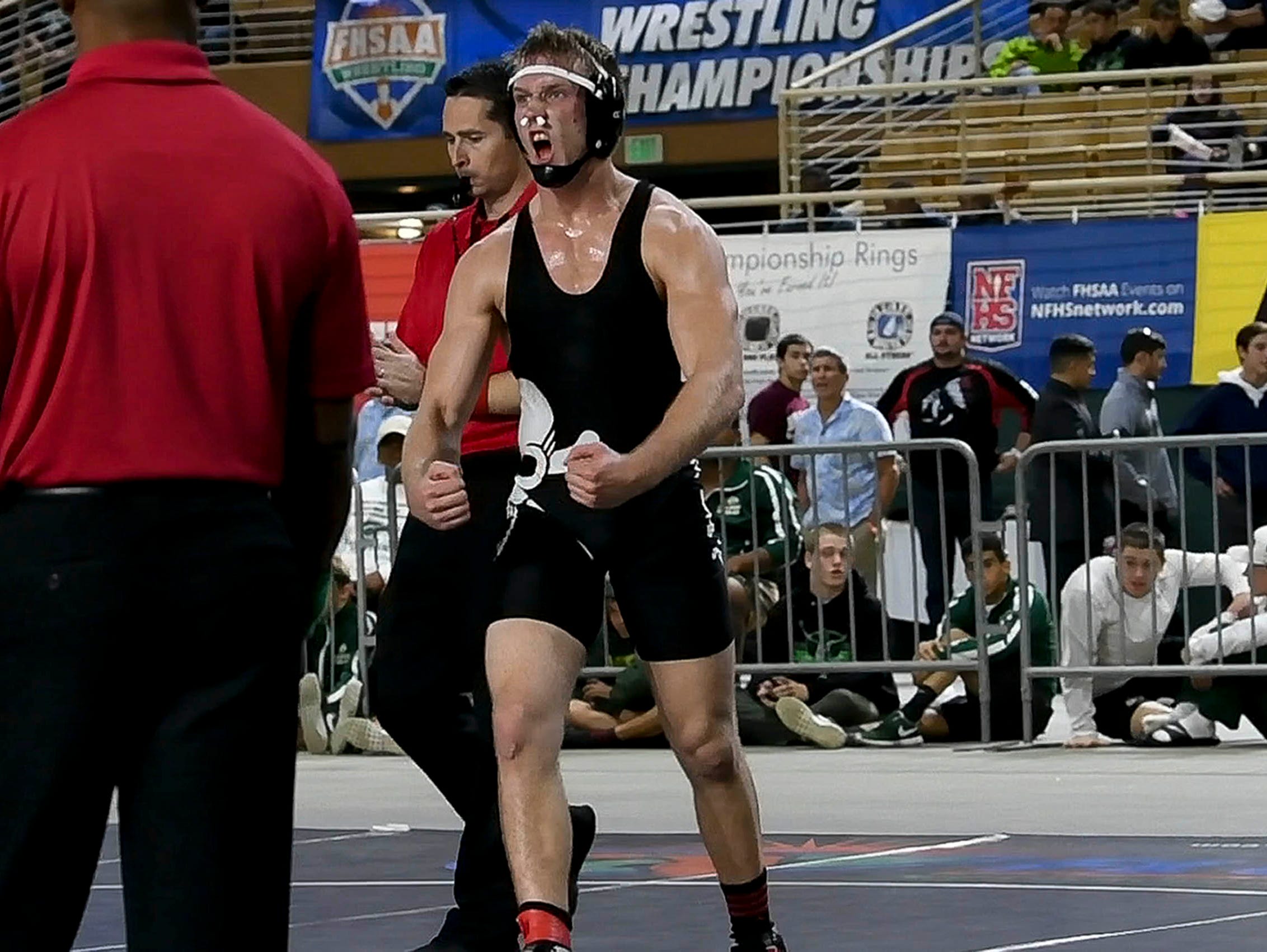 Matt Cates of Palm Bay defeats Natorian Lee of Orange Park for the state wrestling title at 170 pounds at the Class 2A state finals in Kissimmee.

Palm Bay scored 70.5 points for its highest finish since 2002, when the team was fourth. Brandon was this year’s team champion with 110.5 points.

Cates became the school’s first champion since 2009, when Caylor Williams won 3A at 189 pounds.

After his win, Cates recalled his injury.

“At that time in my life, I was actually doubting if I was going to come back to wrestling,” he said.

He was one of four Pirates medalists Saturday. Dylan Perrow took fourth at 138 pounds and will leave as the school’s winningest wrestler ever for a career, with 200 victories. Bryce Poppell, fifth at 160, finished with the second-most career wins at Palm Bay, 184.

Shane Stewart was the fourth Palm Bay medalist. He took sixth at 132 pounds.

Seth Adeclat’s runner-up finish at 120, also in 2A, helped Heritage finish 30th in the 2A team standings. Astronaut’s Carson Kirk, who just missed medaling a year ago, took sixth in 1A at 106, and Zac Viers of Space Coast’s win in the fifth-place match of 1A at 195 rounded out the Brevard hardware.