On Monday, he was memorialized at a vigil Monday at Ed Fountain Park in Vegas.

“Replacing a mentor like that is very difficult, as many people definitely coach, but certainly coaches take it to heart in guiding the next generation of young men and women,” DC Stratton told ABC13. “And he was one of those who took it far above and beyond the football field.”

A friend of Hartfield’s, Troy Rhett, told the Las Vegas Review-Journal that he attempted contacting Hartfield after hearing the news Sunday and didn’t get a response.

“I figured he was probably busy helping others,” Rhett told the paper. “I don’t know a better man than Charles. They say it’s always the good ones we lose early. There’s no truer statement than that with Charles. … Our hearts have just been very heavy since hearing the news.”

Hartfield, a military veteran who was just 34-years-old, recently published a memoir titled, Memoirs Of A Public Servant. 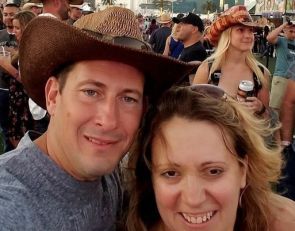 https://usatodayhss.com/2017/charleston-hartfield-coach-chuck-vigil-las-vegas-shooting
Charleston Hartfield, youth football coach and off-duty cop, among victims in Las Vegas shooting
I found this story on USA TODAY High School Sports and wanted to share it with you: %link% For more high school stories, stats and videos, visit http://usatodayhss.com.