By now, they’ve heard it all. Max Norris is so strong that when he tackles you, the world goes down with you. Greta Norris is so tough, when she spikes a ball, the ball quits. They expect them all, because the jokes come from a genre that was literally created for their grandfather, and they both play their respective high school sports as if they’re constantly trying to make their grandpa proud.

As reported by the Fort Worth Star-Telegram, Max and Greta Norris are fraternal twins who are currently in their junior year at Faith High School in Grapevine, Texas. Max is a hard-hitting middle linebacker for the Faith football team — he is the Lions’ all-time leading tackler with 295 (so far) — while Greta is a ball-winning defensive midfielder for the Faith soccer team. Incredibly, both teams won state titles in the 2016-17 school year, with the football team capturing the Texas Association of Private and Parochial Schools Division II state title in fall 2016 and Faith’s girls soccer capturing the same crown in spring 2017.

The Faith football team could still repeat as TAPPS champion in 2017, too; the Lions are currently 6-4, though some of its losses have come against larger or public school teams.

Chuck Norris was actually in attendance when Max and the Faith football team captured the 2016 state crown. He missed Faith’s title match for girls soccer in March 2017 while on business in California (guess where?), but he has attended a handful of Greta’s other matches and hopes to be there in 2018 if the team can earn a chance to repeat.

In the meantime the teens will continue to bond with their grandpa, whether they do so on screen, where Max once appeared in an episode of ‘Walker, Texas Ranger’, or with jokes.

“He’s still a little kid at heart,” Greta Norris told the Star-Telegram. “He’ll tell us stories from back in the days. He makes us laugh.”

As for how Grandpa truly feels about his grandtwins, take a look at who Tweeted about them right after their story first hit the wires in the Star-Telegram.

Gena and I are very proud of our grandkids! https://t.co/6punwkJP4u 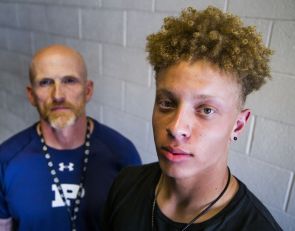 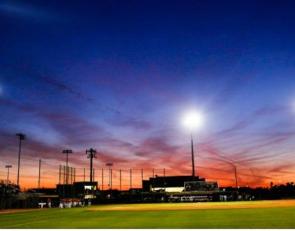 https://usatodayhss.com/2017/chuck-norris-twin-grandchildren-are-so-tough-they-both-won-state-titles-as-sophomores
Chuck Norris' twin grandchildren are so tough they BOTH won state titles as sophomores
I found this story on USA TODAY High School Sports and wanted to share it with you: %link% For more high school stories, stats and videos, visit http://usatodayhss.com.