Column: Why Wisconsin should not allow chiropractors to perform sports physicals

Column: Why Wisconsin should not allow chiropractors to perform sports physicals

EDITOR’S NOTE: Lindsay Davis, a former Miss Ohio, is a youth sports health advocate who helped in the passage of SB252  — “Lindsay’s Law” — in the Ohio state legislature with Sen. Cliff Hite. – a law that requires all coaches and teachers to undergo education on the symptoms of sudden cardiac arrest. She is currently working to get other states to pass a similar legislation in addition to a law that requires CPR training as a high school graduation requirement. Davis was diagnosed with hypertrophic cardiomyopathy at age 17. Davis is also associate editor of Open Heart BMJ, the online cardiology edition of the British Medical Journal.

In 2011, Wisconsin lawmakers approved a bill intended to better educate the public on the potential dangers of concussions in youth sports. In 2016, Gov. Scott Walker signed a bill into law that requires all health classes between grade 7-12 to provide instruction on CPR and external defibrillators to protect against sudden cardiac arrest (SCA) – the leading cause of death in student-athletes worldwide.

Wisconsin has shown itself to be entirely altruistic and placed the health and well-being of its children at the forefront of policy, but a bill recently approved by the state Assembly and now headed to the Senate for consideration reflects an abatement of that concern.

AB260, a bill proposed by Rep. Chuck Wichgers, would mandate schools, technical colleges and University of Wisconsin System two-year schools that require pre-participation sports physicals to accept exams performed by chiropractors. That would include schools under the Wisconsin Interscholastic Athletic Association (WIAA), the state’s governing body for high school sports. The Senate bill is SB232.

Wichgers told the Assembly Health Committee during a public hearing on the bill that he wants to expand the chiropractors’ range of work and give them an additional stream of revenue. He noted that a number of family members have been or are chiropractors in Wisconsin.

Would you support legislation to allow dentists to perform and be compensated for sports physicals? According to the American Dental Association, dentists study pathophysiology and anatomy of the entire body in school before branching off to specialize in dentistry. During their course of study, they are not taught or practiced in performing medical exams, screening for disease or assessing the psychological and emotional status of children. Yet based on their medical training in school, they are far more qualified than a chiropractor to perform a sports physical.

In contrast, a 2016 American Medical Association brief says chiropractors have 4,200 hours of experience in classroom, laboratory and clinicals, while medical doctors have 10,000-plus hours in clinical patient care alone. The comparison between hours in college and professional schools also leaves out the four additional years that physicians spend in specialty programs, receiving advanced training in their areas of expertise.

The bill would require chiropractors to obtain a certificate to practice these exams. The chiropractic examining board would be given the authority to judge what amount of training would be adequate to competently and safely practice medicine to acquire the certificate.

Yet, by definition, they don’t have the training to competently and safely practice medicine. Chiropractors generally treat musculoskeletal problems conservatively. Their own governing body, the World Federation of Chiropractic reports that chiropractor do not routinely evaluate or treat cardiac, respiratory, or neurological issues — the most important maladies that you could uncover in a sports physical.

What a sports physical should entail has become an issue of national interest with the medical advisory committees of most state high school athletic associations continuing to make assessments and recommendations. There also has been subsequent tort reform by lawmakers and institutions on standards to protect the brain health of student-athletes.

The issue of sudden cardiac arrest has also been brought to the spotlight with a highly controversial debate on screening for heart disease. According to the Heart Rhythm Society, SCA accounts for 14,000 deaths annually in children and young adults in the United States and is the leading cause of death in this age group. Priority has been placed on developing protocols to protect children from this epidemic. A study by Journal of the American Board of Family Medicine found that 72 percent of children who died from SCA previously reported having symptoms that flew under the radar.

Wisconsin is set to take a step back from its progress in protecting children and possibly contribute to this statistic with inadequate sports exams.

Health systems, hospitals, academic centers and other parties with a vested interest in the health and well-being of Wisconsin’s student athletes have inundated legislators with calls in opposition of this bill. I urge you to contact Wisconsin State Senators and oppose this bill – ( http://legis.wisconsin.gov/ and search under “Find My Legislators.”)

The cost to increase the scope of work for chiropractors should not be a child’s life. 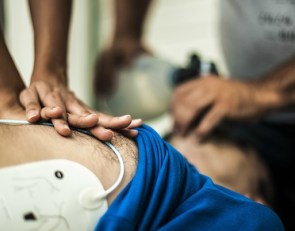 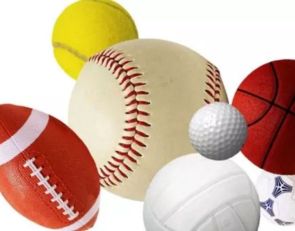 Wisconsin Senate to vote on whether chiropractors can perform sports physicals 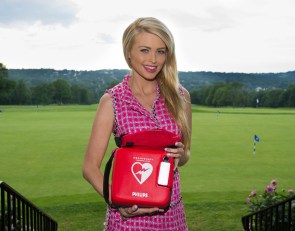 https://usatodayhss.com/2017/column-why-wisconsin-should-not-allow-chiropractors-to-perform-sports-physicals
Column: Why Wisconsin should not allow chiropractors to perform sports physicals
I found this story on USA TODAY High School Sports and wanted to share it with you: %link% For more high school stories, stats and videos, visit http://usatodayhss.com.