The sentiment is universal: Everyone agrees that Andraya Yearwood should be allowed to compete in her chosen races as a girl. After all, she identifies as a girl, trains alongside fellow females and plans to eventually undergo hormone therapy to complete a transition from her male birth gender to female.

Cromwell's Andraya Yearwood is a state champion in the 100 dash. Ran 12.66 to win in 1st appearance at Class M Championships. #cttrack pic.twitter.com/8RELfAEeLF

What is much harder to determine, as outlined beautifully in this Hartford Courant piece by Jeff Jacobs, is whether her competing as a girl in the Class M state track and field meet was fair.

Yearwood is a freshman star on the track for Cromwell High School, less than a 30 minute drive from Hartford. More than a week ago she blazed to a double state title victory in the 100 and 200 meters. In the process she vanquished the 200 meter winner from 2016, Stonington junior Sarah Hall, who had to deal with the repercussions of a year of improvement on the track and a step back in her final result relative to other competitors.

“I can’t really say what I want to say, but there’s not much I can do about it,” Hall told Jacobs. “You can’t blame anyone. Her times were slowing during the season. If I ran my best race, I could have won. I didn’t. I hadn’t felt good the last three days, but there are no excuses.

“From what I know she is really nice and that’s all that matters. She’s not rude and obnoxious.”

Befitting that assessment, both Yearwood and her father — an elementary school math teacher and former college football player — have taken the high road whenever they have come under fire for Yearwood’s gender, all while putting Andraya’s on-track success in perspective relative to her life.

“Obviously, I’ve gotten some negative attention [just go on the internet] but I don’t worry about it much,” Andraya Yearwood told the Courant. “I’ve gotten a lot of good attention for who I am, which is really nice; it helps me with my race.”

“I think anyone who makes a 15-year-old running in Class M in Connecticut into a bigger story than it needs to be — this is not someone that transitioned as a senior trying to get a scholarship to college,” he said. “This is someone who has been working toward this her whole life. There is a bigger story that has nothing to do with competitive track.”

We can’t encourage you enough to read Jacobs’ entire piece, and to think about it’s larger implications. The state of Connecticut is clearly stuck in a delicate tap dance, and perhaps the most significant takeaway is how well everyone seems to be putting an awkward and potentially explosive situation into broader perspective. 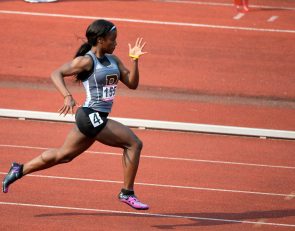 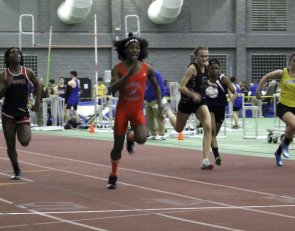