If you didn’t know already, high school students are no longer just proposing to classmates to ask them to the prom; they’re doing the same for homecoming dances as well. The latest is a run on “hoco” proposals connected with cross country events, believe it or not.

Of the genre, the most creative appears to have come from Pennsylvania, where Harrisburg Red Land (Penn.) junior Nathan Edwards “proposed” to freshman Abby Coran after the latter crossed the finish line at her race during a scheduled meet where both red Landers were were competing.

The sign that Edwards created? It was as punny — and cross country related — as he’d hoped for.

“I would be XCited if you ran to hoco with me.”

“She came across the line and was all happy, then she saw the sign and jumped,” Edwards told Runners World, which profiled the couple online. “She was really shocked and didn’t expect it at all.”

The pair are set to attend the homecoming dance on Sep. 23 on their first date together. The new, fast-friends have clearly been tickled by all the attention Edwards’ hoco proposal has attracted, but they should know that they’re not alone.

Will the Red Land proposal and others spark copycat versions in other areas of the country? And from other sports? We’ll all have to see. For now, leave it to the runners to get a trend started the right way. 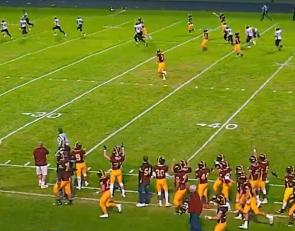 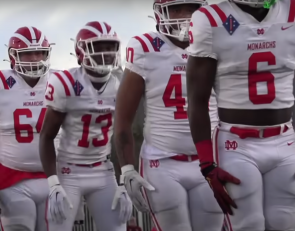 https://usatodayhss.com/2017/cross-country-homecoming-proposals-are-becoming-a-thing
Cross country homecoming proposals are becoming a thing
I found this story on USA TODAY High School Sports and wanted to share it with you: %link% For more high school stories, stats and videos, visit http://usatodayhss.com.