De Pere’s Lindsey Mirkes clears the bar as she competes in the Division 1 high jump during the WIAA state track and field meet at Veterans Memorial Field Sports Complex in La Crosse on June 4, 2016. Mirkes finished as the D1 state runner-up.

Lindsey Mirkes felt her first attempts in the high jump three years ago were rather unimpressive.

Hodgson was so impressed by the potential the freshman flashed with just a couple of jumps that he told Mirkes’ mother, Jackie, that her daughter was going to be a school-record holder and earn a NCAA Division I scholarship in the event one day.

“She thought he was crazy,” Mirkes said.

The Marquette University recruit is halfway to fulfilling Hodgson’s prophecy.

Actually, Mirkes is only an inch away from it.

The De Pere senior enters the track and field season aiming to surpass the school-record mark of 5-foot-8 in the high jump, which was set by Courtney Nuss in 2000.

Mirkes recorded a personal-best last year in clearing 5-7 to win a sectional title and advance to the WIAA state meet for the first time in the event after being one place shy of qualifying twice.

“An inch is a lot,” Mirkes said about tying the school record. “It’s daunting to see I’m only an inch away, but it makes me want it so much. I know I can get it. I just have to work for it.”

That mentality helped Mirkes finish as the D1 state runner-up last season and in a three-way tie at the top of the state honor roll compiled by WisconsinTrackOnline.com.

If Mirkes can break a school-record height at the WIAA state meet, she has a good chance of being able to stand one spot higher on the podium this year. The last time a D1 competitor cleared 5-9 at state was 2003.

Mirkes, who has a 4.0 GPA, has shined in more than just a one-event act at De Pere.

She already has her name up on track and field team’s record board, accomplishing the feat as a leg on the record-setting 1,600-meter relay team, which placed sixth at state in 2015 and broke the school record with a time of 3 minutes, 57.25 seconds in preliminaries.

“We’ve asked her to pick up other events over the last four years and she’s done that. She’s picked up long jump. She’ll give us a 100, 200, 400. She’ll give us a (400 relay). We always emphasize you can’t be in just one event. You have to be in multiples. They buy into it. Lindsey has been very important to our success the last three years in doing that and will be this year as well.”

The De Pere girls team has finished in the top eight as a team at state the previous three years. It was 2.5 point shy of D1 runner-up Brookfield East (30.5 points) last season.

The Redbirds’ biggest loss is Kylie Swiekatowski, who broke the D1 state record last year in winning her second WIAA state title in the pole vault.

De Pere returns sophomores Grace Kowalkowski and Olivia Fabry, who both advanced to state in the pole vault and cleared 12-0 last season to tie for second on the state honor roll. Junior Grace Matzke, meanwhile, is a former state place-winner in the 400.

“I definitely think we have a lot of talent on this team,” Mirkes said. “I’m excited to see where everybody is going to go this season. I’m hopeful for a very good season.”

Mirkes will face a tough path in attempting to return to La Crosse for another state appearance in the high jump.

Not only is the defending D1 state champion, Appleton West senior Tara Pratt, in De Pere’s regional and sectional, but those meets will also include last year’s D2 state champion this year since Emily Scott transferred from Lakeland to Kimberly.

But Mirkes knows the season will be more like a marathon than a sprint if she wants to accomplish her goals.

“I was close to getting 5-6 again, so that was promising especially so early in the season,” Mirkes said.

“(Coach Hodgson) is so confident in me. He just knows I’m going to get the school record. It puts some pressure on me, but it gives me a lot of confidence and motivation to get there.”

Who else to watch this season

Erin Dunning, sr., Ashwaubenon: The University of Minnesota recruit is aiming to win a second straight WIAA Division 1 state title in the shot put and return to the state podium in the discus, which she placed fourth for last year. Dunning holds school records in the shot put (46 feet, 9½ inches) and the discus (143-7), winning Fox River Classic Conference, regional and sectional titles in both throws last year. Ashwaubenon sophomore Sage Wagner is also a returning state qualifier in the 800- and 1,600-meter runs.

Brehna Evans, jr., West De Pere: Evans is a two-time D1 state medalist in the 800. She won Bay Conference, regional and sectional titles on the way to placing fifth with a school-record time of 2 minutes, 12.82 seconds last year. She also served as the anchor leg for the Phantoms’ 3,200 relay team, which placed sixth at state. West De Pere senior Crystal Hill is also a returning state qualifier in the long and triple jump.

Annika Linzmeier, jr., Pulaski: Reached the D1 state podium with a third-place finish last year in the 3,200. She won FRCC, regional and sectional titles on the way to earning a return trip to La Crosse. Linzmeier is coming off a strong cross-country season, which saw her place sixth in D1. 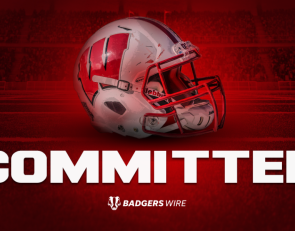 https://usatodayhss.com/2017/de-peres-mirkes-setting-her-sights-high
De Pere's Mirkes setting her sights high
I found this story on USA TODAY High School Sports and wanted to share it with you: %link% For more high school stories, stats and videos, visit http://usatodayhss.com.