Grandville’s Shane Haggerty controls the puck and heads toward the Detroit Catholic Central goal during a Division I state semifinal at USA Hockey Arena on Friday, March 10, 2017.

Novi Detroit Catholic Central and Grandville are  familiar playoff foes, having met in the hockey Final Four in three of the past four years.

DCC, the three-time defending state champion, continued its success over the Bulldogs in the postseason on Friday, winning 5-0 in the Division 1 semifinals at USA Hockey Arena in Plymouth.

DCC, which beat Grandville in the 2015 title game and in the 2014 semifinals, advances to play Brighton in Saturday’s 6 p.m. championship.

“This is a rivalry built on a lot of respect,” said DCC coach Brandon Kaleniecki. 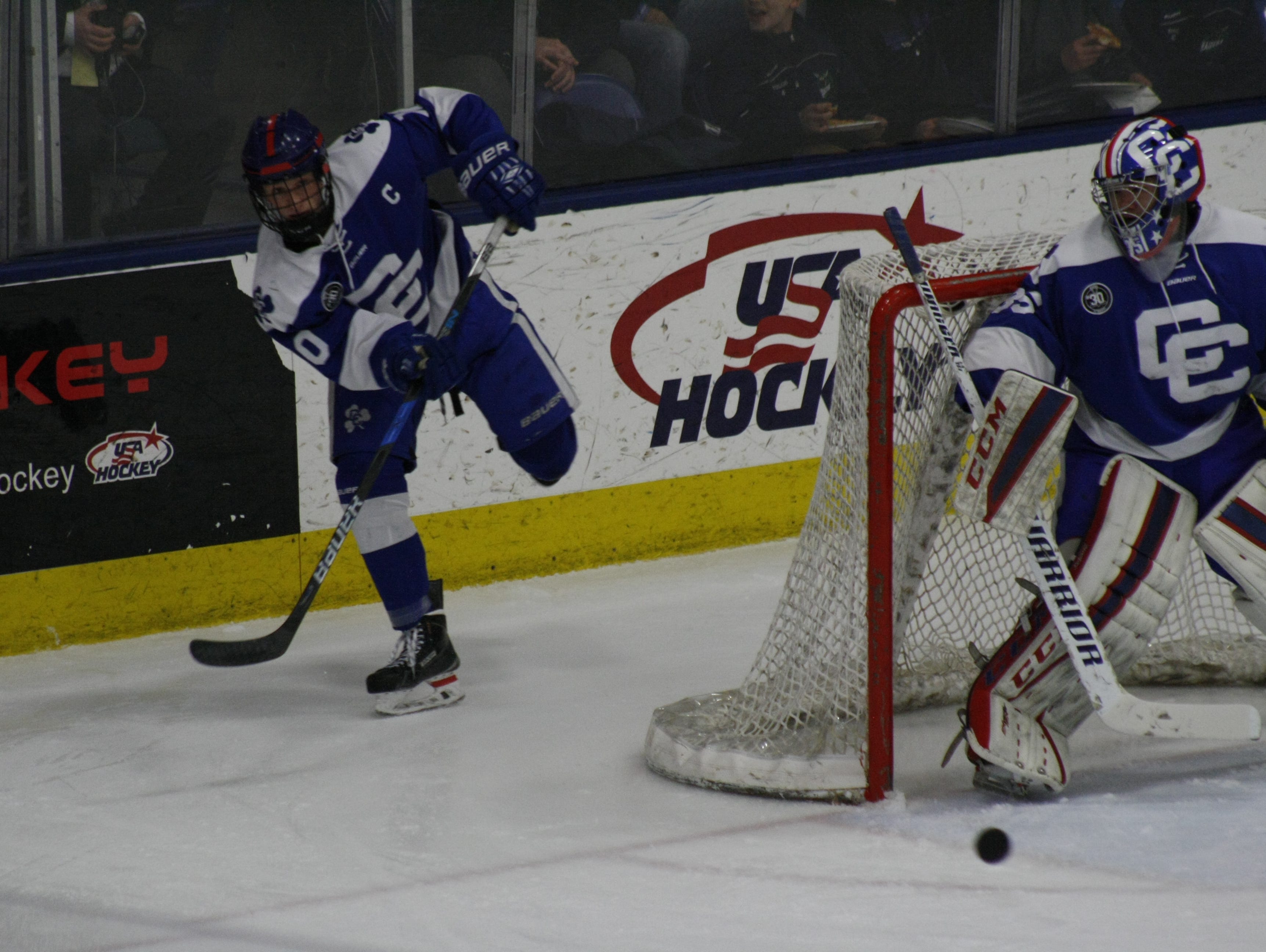 Clemons scored  his second goal early in the third period on a power play to give  the Shamrocks plenty of cushion. Michael Considine scored with 5:13 remaining in the game on a second power play, closely followed by Brendan West’s goal less than 30 seconds later when Grandville was at full strength. West added two assists in the game. 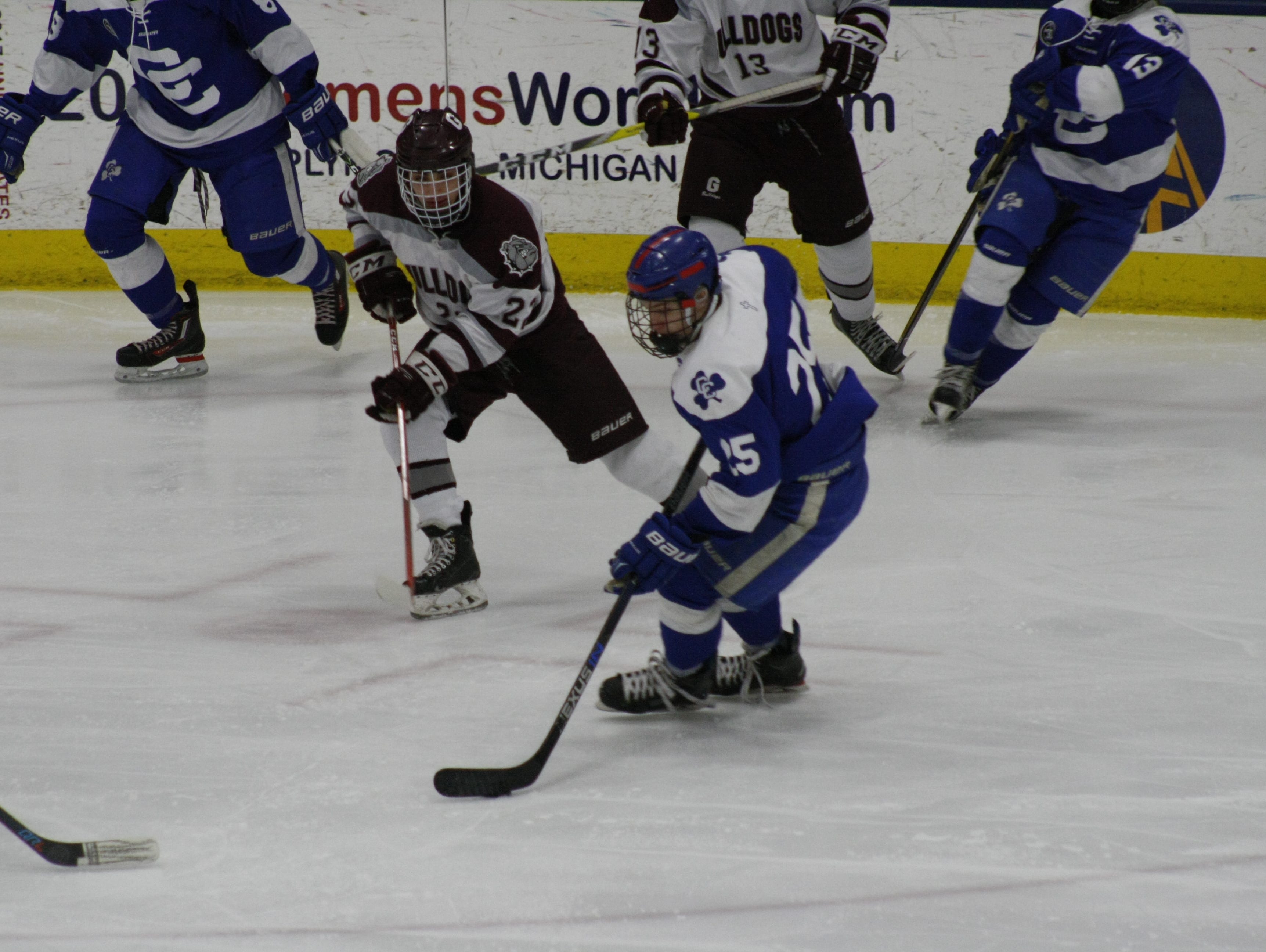 “Our goalie played an awesome first period, when we were really slow,” Brandon Kaleniecki said. “He gave us a chance in the first. To come out of that period ahead, 1-0, we probably didn’t deserve to have a lead, no doubt. So that goes to him. In the second and third period we started to turn the wheel a little bit. We started getting pucks in behind them and forced them to play down low. We were able to generate a lot of opportunities off of that.”

Sean Finstrom made 28 saves for  DCC in the net.

“Everything was just coming pretty easily,” he said. “The boys played good in front, and especially in the last two periods we got some pucks in the net. Everything settled down for us and the nerves went away. It showed how we can play.”

It’s the third time in the past four seasons that DCC (22-7-1) and Brighton have met in the state championship. DCC won both times – last season and in 2014. 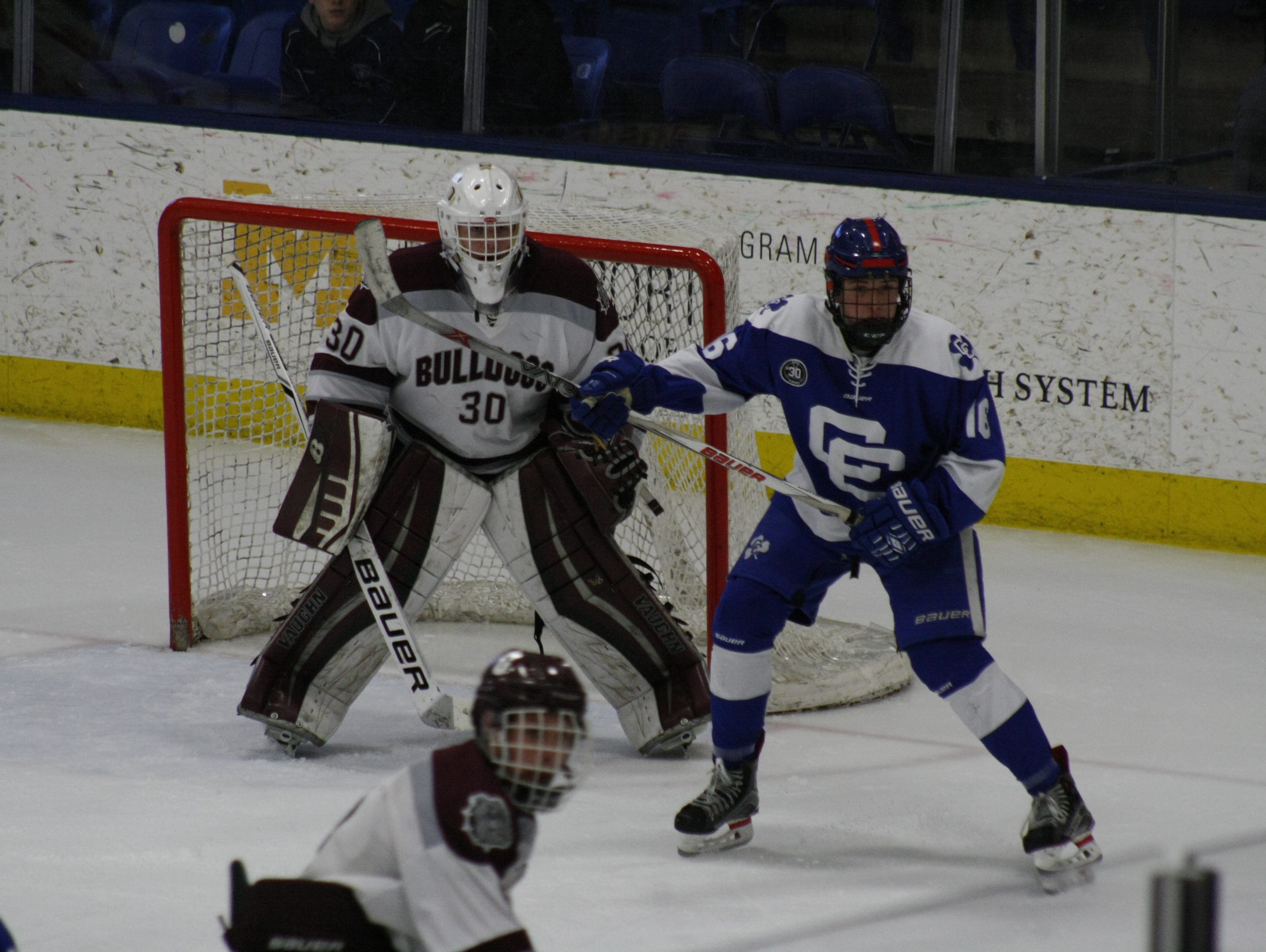 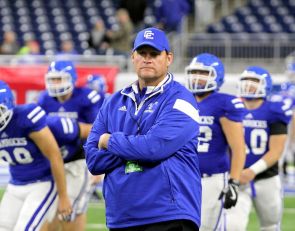 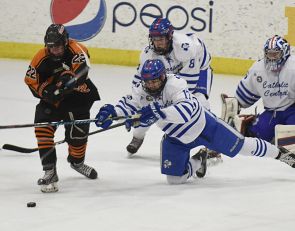