Does your kid have the 6 traits needed to become an elite quarterback?

Does your kid have the 6 traits needed to become an elite quarterback?

What does the perfect NFL quarterback look like? Arizona Cardinals Head Coach Bruce Arians should know. The two-time Coach of the Year has worked with many of the top quarterbacks in NFL, including Peyton Manning, Ben Roethlisberger, Carson Palmer and Andrew Luck.

In his new book “The Quarterback Whisperer”, officially released on July 11, Arians gives us a unique look at the special relationship that exists between coach and quarterback. Some of the stories from his 40-year coaching career will make you laugh, especially if you have ever had the privilege, like I have, of meeting Bruce or better yet, having a drink with him.

This isn’t just a book for NFL fans though. Parents of young football players will enjoy reading it because of its insight into what it takes to be a successful quarterback, leader, or person.

In the book, Arians answers the question parents often ask him: “What can I do right now to prepare my son to be an NFL quarterback?” He also shares what specific age the path of development usually begins for young men aspiring to play quarterback. (Don’t panic if your 8-year-old isn’t the star of his flag football team.)

The Quarterback Whisperer takes a simple approach to football explaining many of the basic terms and concepts, making it a great book for anyone looking to better understand the game. The play-calling chapter, where Arians shares the core principals of his passing game, will definitely appeal to parent’s coaching their kid’s football team.

And if you are open to it, after reading this book, you will kind of know if your kid does or doesn’t have it. One of the biggest take aways for me is that NFL quarterbacks are a special and rare breed who possess characteristics that are apparent early on.

Here’s a sneak peek at a few excerpts from The Quarterback Whisperer by Bruce Arians and Lars Anderson describing the six traits Bruce Arians says are needed to become an elite NFL quarterback.

Bruce Arians, I Love To Watch You Play 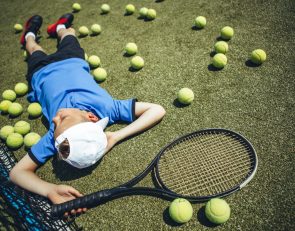 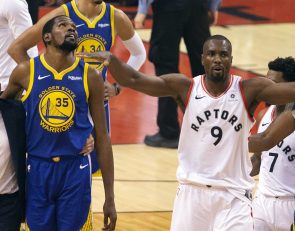 What Parents Need To Learn From Kevin Durant’s Injury 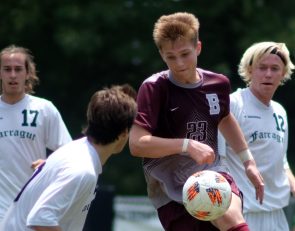 https://usatodayhss.com/2017/does-your-kid-have-the-6-traits-needed-to-become-an-elite-quaterback
Does your kid have the 6 traits needed to become an elite quarterback?
I found this story on USA TODAY High School Sports and wanted to share it with you: %link% For more high school stories, stats and videos, visit http://usatodayhss.com.