Doyel: Wabash wrestler is a poet who plays with his prey

Doyel: Wabash wrestler is a poet who plays with his prey

CRAWFORDSVILLE – Doesn’t take me long to realize the problem: Riley Lefever is too nice, too decent, for my line of questioning. Which is weird, isn’t it? He’s a wrestler at Wabash, absolutely the best Division III wrestler in the country and perhaps the best of all-time. This weekend in La Crosse, Wis., he’ll go for his fourth straight national championship, and let me be clear: He’s going to get it. Riley Lefever is too good for Division III. He’s a finisher. A punisher.

And he writes poetry.

That’s where this interview hits the wall. That’s what I’m thinking as we’re sitting this week inside the Wabash wrestling room and this 197-pound ball of bone and muscle, this cauliflower-eared masher, keeps smiling and looking away.

There’s a switch that someone like Riley Lefever has to hit to summon the monster. Off the mat he majors in English and writes poetry and works as a residential assistant at his dorm. A poet isn’t punishing people on the mat, and Riley knows it. Before matches, even before practice, he hits the switch. His coach sees it. His teammates. His older brothers. One minute he’s Riley, nicest kid in the world. And then Riley’s gone, replaced by someone who …

Well, can I be honest here? When Riley Lefever hits that switch, he becomes someone cruel. Hey, it’s wrestling. This sport isn’t for the weak of spirit. It’s not for English majors, know what I mean?

But this wrestler — the poetry reader, the sonnet-writing boyfriend, the RA — doesn’t want to talk about the cruelty. His coach has told me all about it and so did his brother, so I know it’s there, but Riley is fending me off. As a last recourse, with teammates getting on the mat and practice starting in a few minutes, I resort to yes-no questions:

Riley, I say. Coach tells me you take opponents down and then let them up, just so you can take them down again. Is that right?

Riley, I say. Have you ever done that because you wanted to get in a better workout before pinning them?

Riley, I say. Are you trying to break your opponent mentally — he nods — and have you ever seen it happen?

He nods, and just for a minute I think I see it. Now he’s smiling, and yup — there he is. There’s the monster.

I challenge you to go seven minutes versus another man.

To fight in every position, and give him an inch.

To battle control of each on your feet … take him down

to hell, you know he’s just gotten himself into hell.

Because every wrestler knows, you can’t really win if you can’t escape from the bottom.

This is Hell in a Circle.

And you have to be prepared to go face to face with the Devil himself.

From “The seventh Circle of Hell is violence”

Wabash coach Brian Anderson would like to think this isn’t his only shot, but he knows better. Get another wrestler like Riley Lefever at Wabash? Ever again?

Man, he was lucky to get this one.

“We got him because of the family connection,” says Anderson, in his 13th season as Wabash’s coach. “I hope another Riley comes through here in my time, but it’s hard to imagine.”

Keeping Riley at Wabash has been an adventure, too. Not that Riley has ever wanted to leave — he has not — but bigger schools have tried to poach him. Anderson names for me three Division I powerhouses that tried, and just about gives me the blow-by-blow of a heated conversation he had on the phone with one Big Ten coach after that school “broke every rule in the book,” Anderson says, to try to get Riley after his sophomore season.

By then, Riley Lefever was 2-for-2 in national championships, such a prodigious talent that Anderson had to find new ways to challenge the kid. For one thing, Lefever doesn’t wrestle with teammates that often because he’s just too good. Nothing against the wrestlers at Wabash — seven qualified for the NCAA championships this weekend in Wisconsin – but Lefever?

“He’s from another planet,” Anderson says.

Right. And so Lefever wrestles his 215-pound head coach as well as assistant Danny Irwin and his brothers, Reece and Conner, who also work with the program. They come at him in waves, one after another, while Riley goes without a break. For matches, Anderson has taken Riley to meets at Iowa State and Northwestern to take on the best Division I kids in the country, and Lefever beats those guys as well.

Doyel on wrestling finals: None of these guys lost

What Lefever is trying to do this weekend, going 4-for-4 as a national champion, only one other wrestler in Division III history has done: Marcus LeVesseur, who wrestled at Augsburg from 2002-07.

Brian, I say. In terms of D-III wrestling, all time, are we looking at …

“Oh he’s the best ever,” Anderson says. “Without a doubt.”

You didn’t let me finish, I say. Anderson smiles. Then he finishes.

“Last year (in the NCAA championships), Riley wrestled four times,” Anderson says. “He pinned his first two, and he majored the next two (winning by at least eight points). We joke now: ‘Can he get four pins and just wipe them out like that? Can he run the gamut and pin everybody?’ I know that’s in his head this weekend.”

Of course it is. Riley Lefever is ruthless.

The challenge then is to return to normal life

to leave the mat and leave it all there and focus

on the other thing or two you love

From “The seventh Circle of Hell is violence”

Brian Anderson is trying to explain what it’s like to walk onto a wrestling mat with Riley Lefever, to step into the same circle for seven minutes, or however long Riley decides to let you stay.

“He toys with you,” Anderson says. “The goal is to break somebody, that’s mentally, just destroy them. When you go at a pace like Riley does and he’s taking you down at will and he’s letting you go free — again and again and again — eventually they break. They fold. That’s when he goes for a fall, and pins him.”

Riley’s brother, Reece, is nodding and telling me that Riley takes opponents down and then just about helps them to their feet so he can do it again.

This 197-pound killer, he’s telling me about writing poetry.

“And for my fiancée. I write her poetry because she likes that.”

So these are what, odes to your girlfriend?

Sure we do, and we can, because he hasn’t flicked that switch yet. He’s still smiling, still a cauliflower-eared English major, but soon it will be practice and he will try to break his older brothers. He will try to break his coaches. Nothing personal. But if they’re going to step into that Circle of Hell with him …

“That’s how it’s going to go in the match,” Riley Lefever says, “so I’m trying to get ready.”

The NCAA championships are Friday and Saturday in La Crosse. Four more matches to win. Four more people to break. And for one of the best wrestlers in Division III history, it really will be that easy. It’ll be as easy as flicking a switch.

Doyel: For Indiana to rise again, Tom Crean has to evolve

Riley Lefever of Wabash at the US Cellular Arena in Cedar Rapids Iowa at the 2016 NCAA Division III National Championship on March 11, 2016.

Riley Lefever of Wabash at the US Cellular Arena in Cedar Rapids Iowa at the 2016 NCAA Division III National Championship on March 11, 2016. 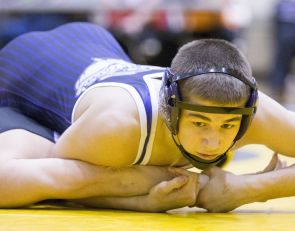 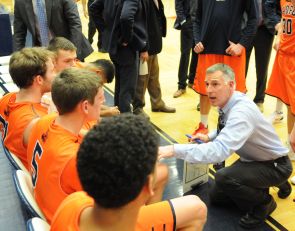 The coach who built Laingsburg basketball is flying with the Dutchmen 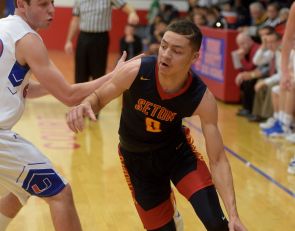 https://usatodayhss.com/2017/doyel-wabash-wrestler-is-a-poet-who-plays-with-his-prey
Doyel: Wabash wrestler is a poet who plays with his prey
I found this story on USA TODAY High School Sports and wanted to share it with you: %link% For more high school stories, stats and videos, visit http://usatodayhss.com.