Floyd Central entered the latest installment of its area rivalry with Jeffersonville having won just once on the road since 1989, but that changed on Friday night.

The Highlanders (7-3, 1-1 Hoosier Hills) overcame an early deficit and rode a strong third quarter to a 55-49 win over the Red Devils (8-5, 2-2 HHC) at Johnson Arena. Floyd Central is now 3-1 versus Jeffersonville in the past four meetings after dropping 15 straight dating back to 2004.

It’s just the second road win for the Highlanders over the Red Devils in 28 years. Floyd Central’s 2015 team, also with Todd Sturgeon at the helm, was the last to beat Jeffersonville away from home prior to Friday night.

“You’d better come in here with a little composure,” Sturgeon said. “I have a hell of a lot of respect for their team. They’ve got some good young players. … There’s no magic formula (for winning on the road).”

The hosts jumped out to a 13-2 lead midway through the first quarter behind a 5-for-6 shooting clip. Floyd Central, meanwhile, started 1-for-7 from the field, but the Highlanders put together a 7-0 run in less than a minute to cut Jeffersonville’s lead to 13-9. After a Barnes 3-pointer cut the Highlanders’ deficit to one possession at 15-12 with 1:35 showing, Falkenstein answered with a turnaround jumper at the first-quarter buzzer – followed by a shush of the Floyd Central student section.

Jeffersonville led 22-15 on a bucket by LaGrange midway through the second quarter, but Kimm answered with five straight points to bring the Highlanders within two. With 18 seconds left in the half, junior center Evan Nichols gave Floyd Central its first lead – 24-23 at the break.

“We butchered (our pick-and-roll defense) to start the game,” Sturgeon said. “We cleaned up our transition defense and our ball-screen defense, and offensively, we had a bunch of shots right at the rim during that stretch.”

Jeffersonville went 2-for-10 in the second quarter and committed five of its 11 turnovers.

“I think a lot of it was us,” Jeffersonville coach Joe Luce said. “We just stopped moving the basketball – selfish with the basketball. When you stop reversing it and getting everyone involved, it turns into a lot of contested shots. We were very good from the beginning with our ball movement. … The second quarter killed us.”

Floyd Central opened the third quarter 0-for-5 from the field before hitting its next four. A Barnes 3-pointer triggered an 11-2 run for the Highlanders, who led 37-30 with 2:23 left in the period. Gohmann capped third-quarter scoring with a 3-pointer, and Floyd Central led 40-32 heading to the fourth. Gohmann tallied seven points for the Highlanders in the third, four by way of solid position in the post.

“Get the ball inside – that was our message the whole game,” Sturgeon said. “They have some big, athletic players, but a lot of times, we’re playing a 6-4 (Gohmann) at two-guard. We felt like they had a couple of smaller guards that would have trouble with us.”

Falkenstein netted 10 of his 18 points in the fourth quarter, and the junior brought the Red Devils within five late, but the Highlanders hit 7 of 10 free throws down the stretch.

“We played a good half against a very good team,” Luce said. “Let’s call it what it is: That’s a good basketball team that’s coached well, plays hard and has a lot of pieces. We played well in our own right with a group of guys that are still getting better each day.” 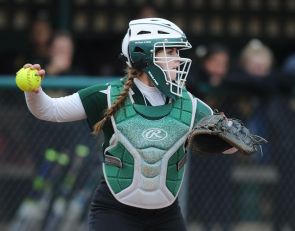 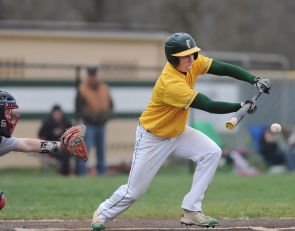 https://usatodayhss.com/2017/floyd-nabs-second-road-win-over-jeff-since-89
Floyd nabs second road win over Jeff since '89
I found this story on USA TODAY High School Sports and wanted to share it with you: %link% For more high school stories, stats and videos, visit http://usatodayhss.com.