Nine penalties went against the Hornets in a 4-2 loss to Forest Hills Northern/Eastern on Thursday in the Division 2 state semifinals at USA Hockey Arena.

Forest Hills (20-8-2), which will play either Birmingham Brother Rice or Hartland in Saturday’s state championship, scored three goals on power plays, including two in the first five minutes of the first period. Its fourth goal came on an empty net with 34.5 seconds remaining.

“Tonight, obviously we had a lot of opportunities,” Forest Hills coach Tom Bissett said. “Felt we could have buried a few more. Decent puck movement but a little slow at times. We’ve been able to have a few different looks. We have quite a few different weapons on the PP. We’ll dial it in and talk it over and get ready for the next game on Saturday.

“It wasn’t the prettiest game. It wasn’t the best game that we’ve played but we were able to find a way and get it done. Just really proud of the team and the ability for us to battle through and make it to our first state final.”

Forest Hills’ Nathan Nickelson (23) gets a shot off, but the puck is stopped by Saline goalie Justin Flanagan during a Division 2 state semifinal game on Thursday, March 9, 2017.

Both teams came into the playoffs unranked. Saline battled No. 5 Livonia Churchill to double overtime in the quarterfinal on Tuesday night.

“If we would have won that game in regulation, if it wasn’t a close game, I think we would have come into this game a little bit less motivated to win,” said Saline senior Noah Helber. “Having a big crowd out there helped us, but legs wise, we were working out all year, we were in good shape and all of us felt alright in this game.”

Four of the first five penalties went against Saline. The last five were consecutively called against the Hornets during a span that bridged the second and third periods. The big loss was senior Dallas Klaasen, who scored a goal in the first period but had four penalties assessed throughout the game. Time was added to the fourth one, preventing him from returning in the third period.

“We have four great defensemen, he’s one of them,” said Saline coach Paul Fassbender. “He’s been outstanding and especially in the playoff run. Losing a guy like that is tough. They have a good power play; we knew that. Gave it too much respect. Once we settled down and started playing more aggressive on it they weren’t getting the easier shots that they wanted. I thought we played a little tougher on the kill.

“We shot ourselves in the foot a little too much tonight. Our five on five we played pretty well. Our penalty kill was outstanding. We had some chances, but it’s a tough one to swallow.”

“We weren’t being as aggressive as we were being all year,” Fassbender said. “Gave them too much time and space and if you give a team that they’re going to make plays.” 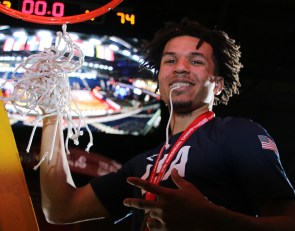 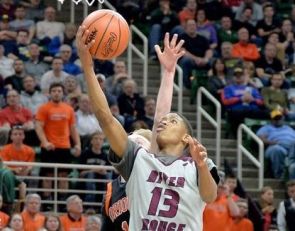 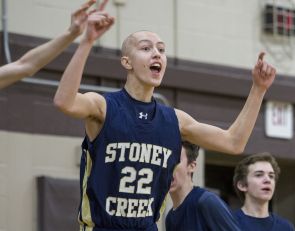 https://usatodayhss.com/2017/forest-hills-makes-most-of-power-play-tops-saline-in-div-2-hockey-semis
Forest Hills makes most of power play, tops Saline in Div. 2 hockey semis
I found this story on USA TODAY High School Sports and wanted to share it with you: %link% For more high school stories, stats and videos, visit http://usatodayhss.com.