Lake Oswego (Ore.) offensive lineman Dawson Jaramillo is now officially an Under Armour All American after he received his All America Game jersey Thursday at his school as part of the American Family Insurance Selection Tour.

“It was really cool to have my teammates and family, and my friends from school all celebrating this accomplishment,” Jaramillo told USA TODAY.

Jaramillo, a 6-foot-5, 295-pound offensive lineman, has committed to his home state Oregon Ducks, He’s ranked as the No. 7 offensive tackle in the country by ESPN and is considered the top overall prospect in the state.

According to Jaramillo, the decision to attend Oregon was always based around staying loyal, both to his family and his heart.

“I wanted to remain loyal to my family for all they’ve given me and make sure they can see me play,” Jaramillo said. “And I grew up as a Ducks fan. Particularly with this new coaching staff, it really just feels like home.”

The Under Armour All America Game is scheduled for Jan. 4 at Camping World Stadium in Orlando, Fla., and will be televised live on ESPN2 at 6 p.m. EST. 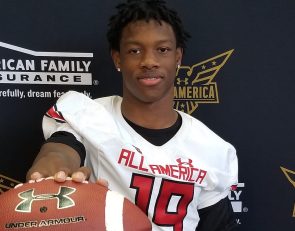 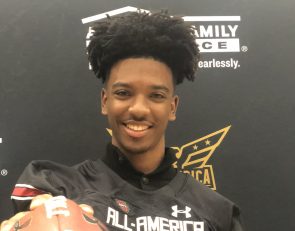 https://usatodayhss.com/2017/four-star-lake-oswego-ore-ol-dawson-jaramillo-is-ready-for-under-armour-oregon-future
Four-star Lake Oswego (Ore.) OL Dawson Jaramillo is ready for Under Armour, Oregon future
I found this story on USA TODAY High School Sports and wanted to share it with you: %link% For more high school stories, stats and videos, visit http://usatodayhss.com.