Crawford County’s Matthew Dearborn puts the ball up against Heritage Christian’s Zack Meus Saturday, March 18, 2017 during the Class 2A basketball semi-state championship in the Tiernan Center at Richmond.

This season, the Eagles won 17 games, their first sectional title since 2008 and their first regional title since 2006. But their season came to an end Saturday at the hands of Crawford County, who advanced to the state finals with a 49-40 win in the Richmond Semistate. The Wolfpack (22-6) will face Frankton in the Class 2A state finals next Saturday at Bankers Life Fieldhouse.

“They believed in me since day one, even in the tough years,” Jackson said of this year’s senior class, who were freshmen when he began coaching the team. “You see what happens when the seniors have that kind of belief. We’ve accomplished a lot.”

The Eagles led 14-4 at the end of the first quarter as Andrew Williams hit three 3-pointers in the opening minutes. Williams finished with a game-high 22 points. But the offense sputtered in the second quarter and Crawford County tied the score at 20 at halftime.

“I told our guys at halftime that it was a little bit of fool’s gold,” Jackson said of the team’s success early on. “(Crawford County) had five offensive rebounds and a lot of shots around the rim. I didn’t think our defense was as good as the scoreboard indicated.”

The Wolfpack started the second half on a 5-0 run and lead the rest of the game, though the Eagles trailed by only one heading into the fourth. Crawford County extended its advantage to seven with 2 minutes to play.

Crawford County’s Noah Sturgeon and Heritage Christian’s Andrew Williams dive for the ball Saturday, March 18, 2017 during the Class 2A basketball semi-state championship in the Tiernan Center at Richmond.

Williams hit a 3-pointer to make it a five-point deficit with 35 seconds on the clock and the Eagles got a steal on the next play, but they were unable to score the rest of the way.

Heritage Christian was 9-of-21 from distance and 4-of-17 from inside the arc.

“It came down to executing in the fourth quarter,” Jackson said. “They beat us at our own game. They were patient and handled the ball well.”

Crawford County and Richmond High School are separated by 151 miles and 2 ½ hours, but that didn’t stop a raucous Wolfpack crowd from making the trip.

“We really made a point to talk about community and what it means to us,” Crawford County coach Levi Carmichael said. “We really considered it a home game. When we started out slow and made that run, there was no doubt that presence was a force.”

The Wolfpack were led by Adam Beasley, who scored 12. Josh Thomas and Gavin Coleman each added 11.

“It’s never one person,” Carmichael said. “That’s the greatest lesson most of these kids are learning. It’s a team effort.” 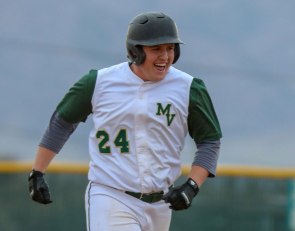 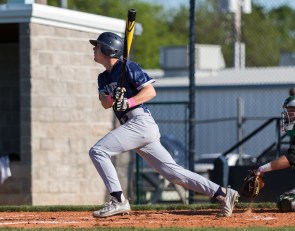 No. 1 Shawnee (Okla.) wraps up its season with third consecutive state title 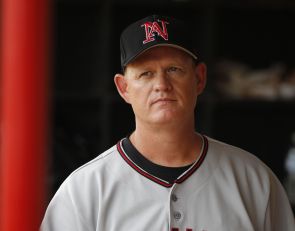 https://usatodayhss.com/2017/heritage-christian-comes-up-short-in-state-finals-bid
Heritage Christian comes up short in state finals bid
I found this story on USA TODAY High School Sports and wanted to share it with you: %link% For more high school stories, stats and videos, visit http://usatodayhss.com.