PORTLAND – The Titans earned a better end to their season.

After Grant held the ball for a final shot – and missed it – at the end of regulation and overtime of Saturday morning’s placing game at the OSAA Class 6A state basketball tournament, West Salem High School’s boys basketball team took charge early in double overtime.

And won the school’s first state tournament trophy in basketball in the process. 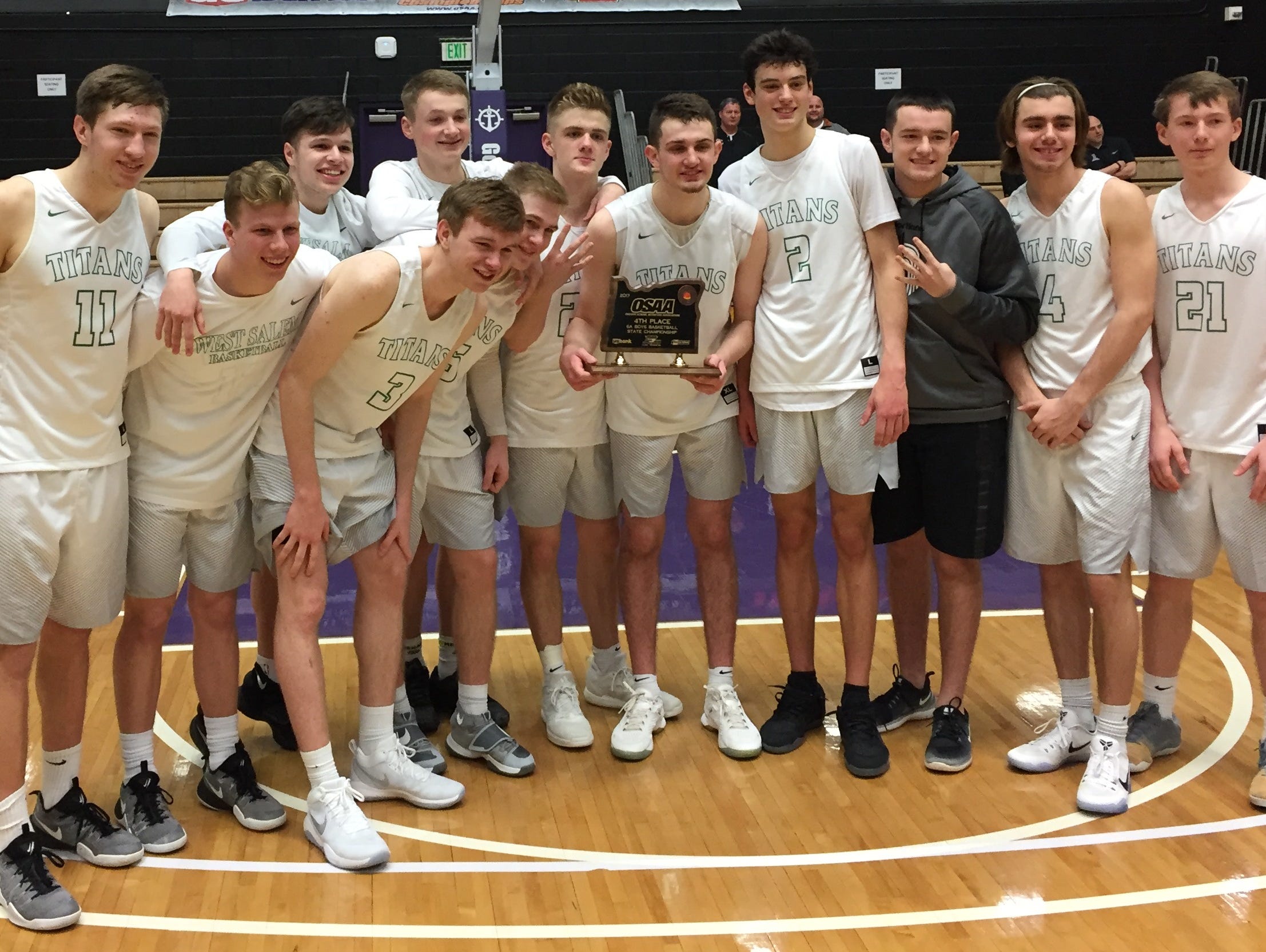 Kyle Greeley attacked the basket early in the second overtime and Josh Bailey was 6 for 6 from the free throw line to earn a 73-70 win at the University of Portland’s Chiles Center.

“Just couldn’t ask for a better way to end the season, especially not knowing how we were going to do in the Chiles, getting one win, let alone two and coming away with fourth was the best feeling probably,” said Bailey, who scored 15 points and had three assists.

The team finished the season 23-6 and places fourth at the state tournament in its first appearance in over a decade.

“Not many teams get to say they did it, and for our guys to leave here kind of winners and as victors, it’s awesome. Fourth place is a whole heck of a lot better than sixth place, I can tell you that, and the kids that are crying in the locker room, their happier tears rather than kind of sulking.”

West Salem led 32-22 at halftime, but Grant quickly shot its way back into the game. The Titans led most of the second half, including when Zac Bulgin’s 3-pointer put the team up 53-51 with 3:30 left.

After Grant’s Kelton Samore made two free throws with 2:36 left to tie the game at 53, and Grant got the ball back on a turnover, the Generals held the ball the remainder of overtime until Aaron Deloney – who finished with 31 points – missed the potential game winner with two seconds left.

West Salem had to rally in overtime to tie the game at 60 with 36 seconds left on a basket by Greeley, but Grant held the ball for a final shot, which Deloney again missed.

The Titans took matters into their own hands in second overtime and put the game away.

“We were all sitting on the bench and we were like, let’s just blow this out. It’s time. We got to end this thing,” said Greeley, who scored 30 points and had nine rebounds.

Our whole team, including Josh, just was able to close out the game and do it, so fourth place, that’s pretty awesome.”