How a hockey team in N.J. kept the memory of a young fan alive

How a hockey team in N.J. kept the memory of a young fan alive

What Marisa told Henrik Lundqvist and how her hockey stick ended up inside @StJoesMetuchen's championship cup https://t.co/1NaWfdhdJV

The special relationship between a young girl, her family and a high school hockey team in central New Jersey is something that will stay with the parties involved forever.

As he told it, a heart transplant, which was supposed to extend Marisa’s life, tragically cut it short after a postoperative complication developed into a rare form of Stage IV cancer to which she succumbed following a valiant battle.

Which brings us to today, with the Marisa Tufaro Foundation blog relaying a touching story that involved the St. Joseph (Metuchen, N.J.) hockey team as well as New York Rangers goalie Henrik Lundqvist.

As the foundation’s blog explains, two days after Tufaro’s passing, the St. Joseph ice hockey team played a nonconference regular-season game and held a moment of silence in her honor before the puck was dropped. Greg Tufaro had a longstanding relationship with St. Joseph head coach Ryan Carter which dates back to Carter’s high school playing days nearly three decades ago.

Later in the season, Greg Tufaro and his wife, Cyndi, paid a postgame visit to the St. Joseph locker room to thank the players and to present them with the hockey stick Marisa used when she would play with her father inside the house. The black shaft and green blade are the St. Joseph colors.

On Christmas Day, while in the Pediatric Cardiac Intensive Care Unit at New York Presbyterian’s Morgan Stanley Children’s Hospital, New York Rangers goaltender Henrik Lundqvist and his wife, Therese, visited Marisa and other patients on the floor. While the Lundqvists could not enter Marisa’s room for medical reasons, they stood at her doorway and conversed with her. Marisa then told Lundqvist how she played street hockey in gym class at James Monroe Elementary School and “boasted, uncharacteristically, that she was better than some of her male classmates.”

Fast forward to late February, when Greg Tufaro presented Coach Carter and the team with Marisa’s hockey stick while telling the players about what their game of floor hockey and Marisa’s meeting with the Lundqvists.

Days later, the team kept the stick on its bench during the Greater Middlesex Conference Tournament championship. After St. Joseph won the game and the locker room had emptied, Carter placed Marisa’s hockey stick inside the conference championship cup and tweeted out the photo.

You can read the rest of the touching blog post from the Marisa Tufaro Foundation here. 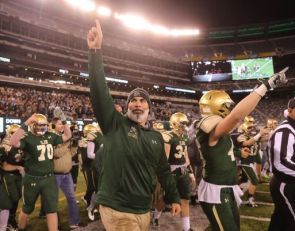 Commentary: How recruiting at N.J. high schools has become a loser's game 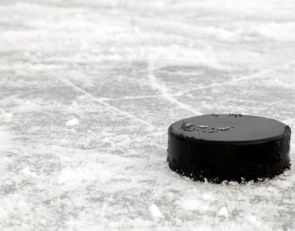 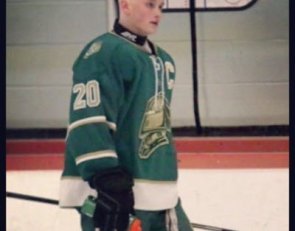 https://usatodayhss.com/2017/how-a-hockey-team-in-n-j-kept-the-memory-of-a-young-fan-alive
How a hockey team in N.J. kept the memory of a young fan alive
I found this story on USA TODAY High School Sports and wanted to share it with you: %link% For more high school stories, stats and videos, visit http://usatodayhss.com.