An Illinois high school cheerleading coach claims she is being forced out of her role because she reported the school’s athletic director for sexual harassment, creating a media maelstrom around the suburban Chicago school.

As reported by Chicago ABC affiliate WLS, Stagg High cheerleading coach Bridget Guzior claims that she is being forced out of her role in connection with her decision to lodge a sexual harassment complaint against the school’s athletic director, Terry Treasure. The complaint lodged with the Illinois Department of Human Rights holds that Treasure kissed the coach following one performance evaluation and repeatedly called Guzior “hot.” The coach also claims that he regularly demeaned cheerleading as a sport despite the school’s success in competitive cheerleading contests; Guzior led the squad to a third place finish at the state tournament in 2017.

The school’s official reason for parting with Guzior is an “unprofessional text message sent to a student,” a complaint that some feel was drummed up specifically to help the district cover up the indiscretions that Guzior has leveled at Treasure.

“We’ve seen it as parents, the student athletes have seen it on the football field when the kids are cheering for the football team. This person in question who’s accused of this has been out there and his actions just are despicable,” Michael Orloff, whose son is a member of the cheerleading team, told WLS. “The fact that he is still at the school right now, working, six weeks after the allegation. And she was suspended for a text message just shows no fairness in the school district.”

School District 230 will address the issue at a public hearing at Stagg High on Thursday night. To say that meeting could become heated given the past history and claims between the two sides is an understatement. 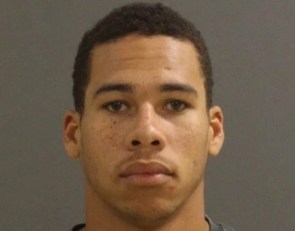 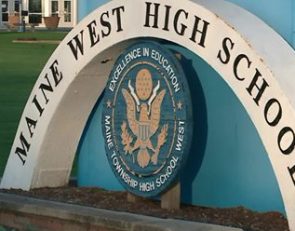 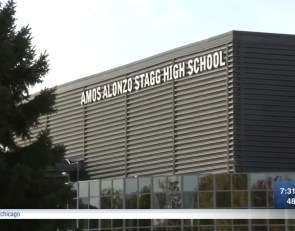 https://usatodayhss.com/2017/ill-cheerleading-coach-claims-shes-being-fired-for-reporting-ad-for-sexual-harrassment
Ill. cheerleading coach claims she's being fired for reporting AD for sexual harassment
I found this story on USA TODAY High School Sports and wanted to share it with you: %link% For more high school stories, stats and videos, visit http://usatodayhss.com.