From Tempe to Tucson, Oregon to Colorado, and throughout the Los Angeles area, it was a good day for Arizona high school football players and the Pac-12.

Colorado, taking advantage of Arizona State losing its tight ends coach and offensive coordinator in the past few weeks, got Saguaro tight end Jared Poplawski to flip and sign with the Buffaloes.

Oregon pulled in one of the state’s best wide receivers in Chandler’s Johnny Johnson III.

Utah pulled a late recruiting coup, getting Chandler All-Arizona running back T.J. Green to flip from Oregon State and sign with the Utes.

Arizona convinced Tempe All-Arizona defensive end My-King Johnson to change his mind and go from a soft verbal with UCLA to signing with the Wildcats, who also hung on to Mesa Desert Ridge outside linebacker and All-Arizona Jalen Harris, despite a late push by Notre Dame.

Notre Dame thought it had Harris locked down last weekend, before he remained true to UA, where his father, Sean Harris, was an All-American middle linebacker in the early 1990s.

“(Notre Dame) Coach (Brian) Kelly got on the phone and said, ‘We need you,’ ” Desert Ridge coach Jeremy Hathcock said. “Arizona is his best opportunity to play right away. He’s going to be an All-Pac-12 kid.”

Even with a quagmire at quarterback, Chandler Basha’s Ryan Kelley signed with the Sun Devils, giving them another 247Sports composite three-star recruit to compete for the starting job.

The only recruiting in-state tremor came at Saguaro, where Poplawski waited until Wednesday morning to announce his decision to flip from ASU and sign with Colorado.

Mohns complimented Poplawski for letting ASU coaches know he was going to sign with Colorado over the weekend, so ASU could take another route. The Sun Devils ended up upgrading a grayshirt (delaying the scholarship until spring 2018) opportunity to a full scholarship for Yuma Cibola tight end Mark Walton on Monday.

Walton signed with the Sun Devils.

“There was communication,” Mohns said. “That’s the one thing, Jared was open with them. The one thing I said was, ‘You’ve got to do what’s best for you, but make sure you communicate. You don’t want to leave a school high and dry on signing day.’ “

Jackson, the state’s most recruited 2017 player at 6-foot-6, 280 pounds, waited to announce Wednesday, but it was no surprise he chose USC, where both his grandfather and uncle played for the Trojans.

Jackson said the first sporting event he attended was when he was 2 and his grandfather, Melvin Jackson, took him to see a USC game. He wants to continue the family legacy.

“ASU and Washington and USC were in a dead tie going into January,” Jackson said. “I was really conflicted, because all three of those schools offered something great for me. I believe in their programs.”

Jackson is ready to play.

“It’s going to take some adjustment to the college level,” he said. “But I feel one of the things I do best is adjust. I’m ready to step on campus and compete right away.”

UCLA had a good day in the Valley with Wacaser, Seawards and Isibor signing.

Seawards and Wacaser both emerged during their senior season. Mohns made Seawards a prospect by having him play offensive guard. Before transferring from Anthem Boulder Creek last spring, Seawards, a big tank at 6-4, 320 pounds, played just defensive tackle.

After committing to Boise State two weeks ago, UCLA offered Seawards. That quickly turned into an official, accompanying Wacaser on the trip last weekend. Despite ASU offering a scholarship on Monday, Seawards committed to UCLA on Tuesday.

“I did consider (ASU), but I made my decision and I’m going to UCLA,” Seawards said.

Suggest human interest stories to Richard Obert at richard.obert@arizonarepublic.com or 602-316-8827. Follow him at twitter.com/azc_obert. 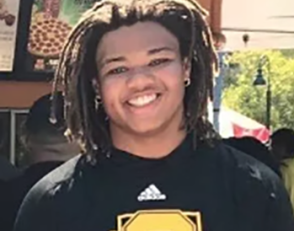 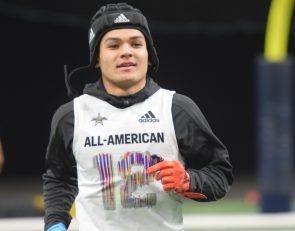 https://usatodayhss.com/2017/instate-football-players-make-splash-across-pac12-on-signing-day
In-state football players make splash across Pac-12 on Signing Day
I found this story on USA TODAY High School Sports and wanted to share it with you: %link% For more high school stories, stats and videos, visit http://usatodayhss.com.