DES MOINES, Ia. — You could barely tell Iowa City West won its quarterfinal Wednesday. Quiet responses to questions after the game. Spiritless stares. A blend of disappointment and relief.

The Trojans had just squeaked by Newton, 57-51.

This game’s result? A 61-37 throttling of Cedar Rapids Kennedy in the Class 4A semifinals at Wells Fargo Arena.

“We talked about that first round, sometimes you don’t play close to your full potential,” Bergman said. “And yet it doesn’t preclude you from winning a state title.”

The Trojans (22-3) jumped out to a 7-0 lead with two buckets from the McCaffery brothers and a 3-pointer from Izaya Ono-Fullard. Kennedy head coach Jon McKowen called a quick timeout, but it didn’t help.

“We talked about just taking care of business, and these guys did that today,” Bergman said.

Some more numbers: West blocked 10 Kennedy shots, compared with just one for the Cougars. West owned the defensive glass (29-13) and held Kennedy to 11 second-chance points despite its 21 offensive rebounds.

“I think it was a lot better than Wednesday, because we were struggling, losing our man; we don’t really do that,” said Lane, who finished with 15 points and three assists. “Not talking on defense, not knowing what to do on screens. So I think we came in with a gameplan today of, ‘We’ve got to pick the defensive end up if we’re going to win.’”

Derrick Diggins and Drake Brewster paced Kennedy (19-6) with nine points apiece on a combined 8-for-24 shooting. Kennedy by no means played poorly. It just ran into a powerhouse embarrassed with its previous performance.

“We didn’t back down from them, so I felt great about my team and what we did,” Diggins said.

Patrick McCaffery scored 15 points along with six boards, two assists, one steal, four blocks and a pair of dunks. He logged 25 minutes after playing just 18 against Newton, constantly subbing in and out because of early foul trouble.

“I could never really get my rhythm out there,” he said of Wednesday, “because I kept getting fouls and had to keep coming out.

“I’m glad we got another day and I got a chance to redeem myself.”

“Getting back here is exactly what we wanted to do,” McCaffery said. “And now we’re right there.

Matthew Bain covers preps, recruiting and the Hawkeyes for the Iowa City Press-Citizen, Des Moines Register and HawkCentral. Contact him at mbain@gannett.com and follow him on Twitter @MatthewBain_. 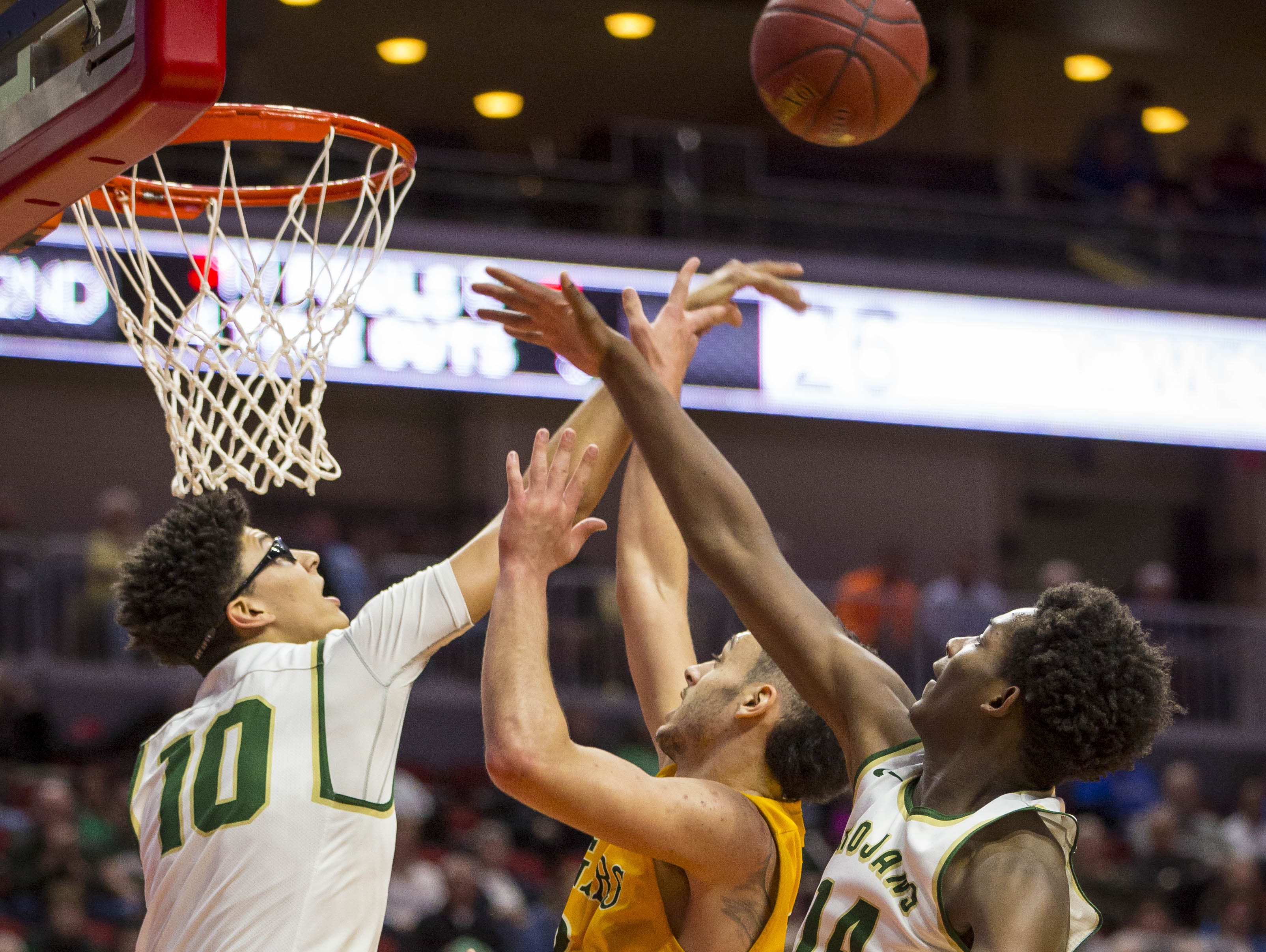