In the first round of the playoffs, Dallas Highland Park quarterback John Stephen Jones contributed six touchdowns in total and 466 yards through the air. In the second round against McKinney North Jones was magical again: six more touchdowns, 263 yards through the air and a 73-20 victory that ensured Jones didn’t have to put the ball in the air much in the second half.

Don’t worry about pulling out the calculator, we’ll do it for you: Jones now has 12 touchdowns and 729 yards in just two postseason games. At least the Cowboys ownership has something to smile about on offense.

“We’re just clicking. Our quarterback, receivers, offensive line, running backs, everybody is doing their job,” legendary Highland Park head coach Randy Allen told Park Cities People. “We make plays when we have to. We’re making big plays, and we’re also driving the ball when we have to.”

Highland Park will be back in action on Friday at SMU’s Ford Stadium. It’s likely that both the owner and COO of the Cowboys (John Stephens’ grandfather, Jerry, and father, Stephen) will be there to celebrate Highland Park’s continued success and good fortune. 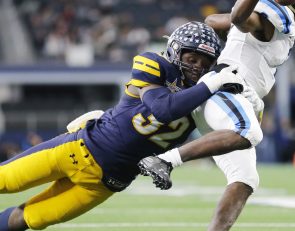 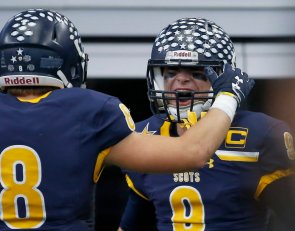 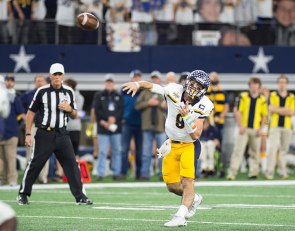