Authorities have accused a North Carolina high school teacher of having sexual relations with a student.

Police say the incident occurred on Oct. 6 at a residence to which Sessoms was said to have brought the girl.

According to the Charlotte News & Observer, Sessoms was hired last January as a science teacher. He also coached basketball and football—both sports he played in high school—and tennis.

He resigned last week and was arrested Monday.

Sessoms is in the Wake County jail on a $1.5 million bond. Online records don’t say whether he has an attorney.

Information from the Associated Press was used in this report 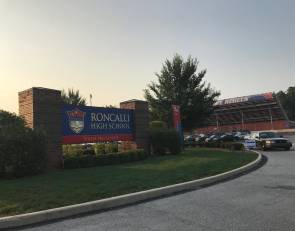