MIAMI – “Heaven” – which is how Florida Keys residents describe their idyllic, sun-soaked backyards — has been badly damaged by Hurricane Irma. But the same cannot be said for the spirit of the people who live there, including a resilient bunch of high school football players and their families.

Along with their impressive performance, the Conchs brought tales of misery, loss and courage.

Key West offensive lineman and linebacker Ty Torres said he was struck by the power of Hurricane Irma’s path of destruction.

“The neighborhood just looked different after the hurricane,” said Torres, who lives in Big Pine Key, one of the areas hardest hit by the storm that caused $50 billion of damages in the U.S. “The trees – you could see straight through them.

“It was devastating – destruction everywhere.”

Irma, a Category 4 hurricane when it made landfall at Cudjoe Key on Sept. 10 at 9 a.m., has been blamed for the deaths of 88 people, 80 of them in Florida.

Torres evacuated from his house just prior to the storm and returned nine days later to find the structure badly damaged, including a half-dozen holes in the roof, each at least three feet wide.

And yet, he feels fortunate.

Other people aren’t as lucky.

“I have a friend who was forced to move to North Florida — his entire house is gone,” Torres said.

“Some people don’t have anything. My dad was telling me five or six (co-workers), all they have left are suitcases out of the house. Everything else is gone.”

Torres’ teammate Damien Alvarez is one of the unlucky ones. His family home in Rockland Key, four miles east of Key West, no longer exists.

Two huge pine trees crashed through his parents’ bedroom. One tree did similar damage to his room. The roof had been ripped up by the wind.

“The house wasn’t livable,” said Alvarez, a senior running back and defensive back who was able to retrieve and salvage some of his sports trophies from the debris.

Alvarez, whose family had evacuated, said his parents plan to rebuild their home.

But Alvarez may not ever live in that new home. He plans to enter the Navy next year if he doesn’t get an offer to play college football.

In the meantime, he, his brother and his parents are living in a hotel.

“It’s that age – they are teen-age boys, and they’re resilient,” he said. “It’s hard to tell (when they are down) because most of them keep (those feelings) inside.”

Prior to Tuesday’s game, captains from both teams met at midfield. The La Salle boys presented Key West with a $3,000 check, money raised by La Salle students.

Hughes said the donation was greatly appreciated. “That was fantastic,” he said. “It was a classy gesture by a class program.”

La Salle was not alone in its generosity. Hughes said many other football coaches and programs in Florida have helped. In fact, help has come from as far away as Texas and Ohio, Hughes said.

Key West players have also given back. On the first day they were allowed to return to the Keys, about 30 of them hopped on a school bus and went to work helping families hit hard by the hurricane.

“We went to about seven or eight different houses,” Hughes said. “We started at Big Pine Key and worked our way down. We provided muscle, moving trees and debris.”

“The response from the outside has been overwhelming,” Hughes said. “There are food tents, water tents — all kinds of stuff. Tim Tebow came down to hand out food.

“But we wanted to get to people who live where you can’t really see the destruction. If you drive down US-1, it’s depressing. The natural beauty is no longer there. But the back roads are even worse.”

Key West JV coach Rick Cleaver said it’ll take a long time for the area to recover. “People are hurting,” he said. “A lot of people are out of work.”

But despite the hardship, Cleaver said he has no doubt the Keys will be back. He was working on his neighbor’s busted roof a couple weeks ago when two strangers pulled up, offering to help. Within minutes, the strangers were climbing a ladder, providing assistance.

“We love it (in the Keys). It’s our heaven. We’re going to take care of it, build it back up. The biggest statement is what you see on the field, getting back to (football), not laying down.… Just a lot of Conch Pride.”

Irma could have weakened the resolve of Keys residents, but that’s not what Cleaver has witnessed.

“I’ve seen strengthening,” Cleaver said. “The good will that this storm has brought out has been phenomenal — neighbors helping neighbors.”

And, at long last, some winning football as well. 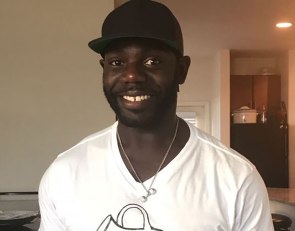 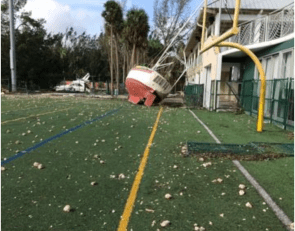 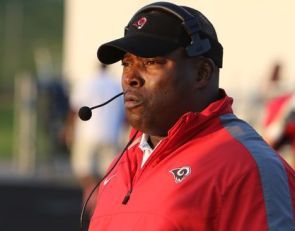