The Lakers beat Findlay Prep, which had been No. 1 according to the computer, 69-54 at the Cancer Research Classic in Wheeling, W.Va. La Lu was No. 4 last week in the computer rankings.

Chino Hills (Calif.) also leapfrogs Findlay and moves to No. 2, with Findlay at No. 3.

Montverde Academy (Fla.) is No. 4 followed by Sierra Canyon (Chatsworth, Calif.) to round out the top 5. 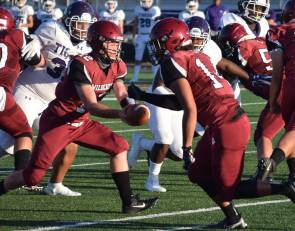