MADISON – Wrestling is known for having the toughest of the tough competing within its ranks. 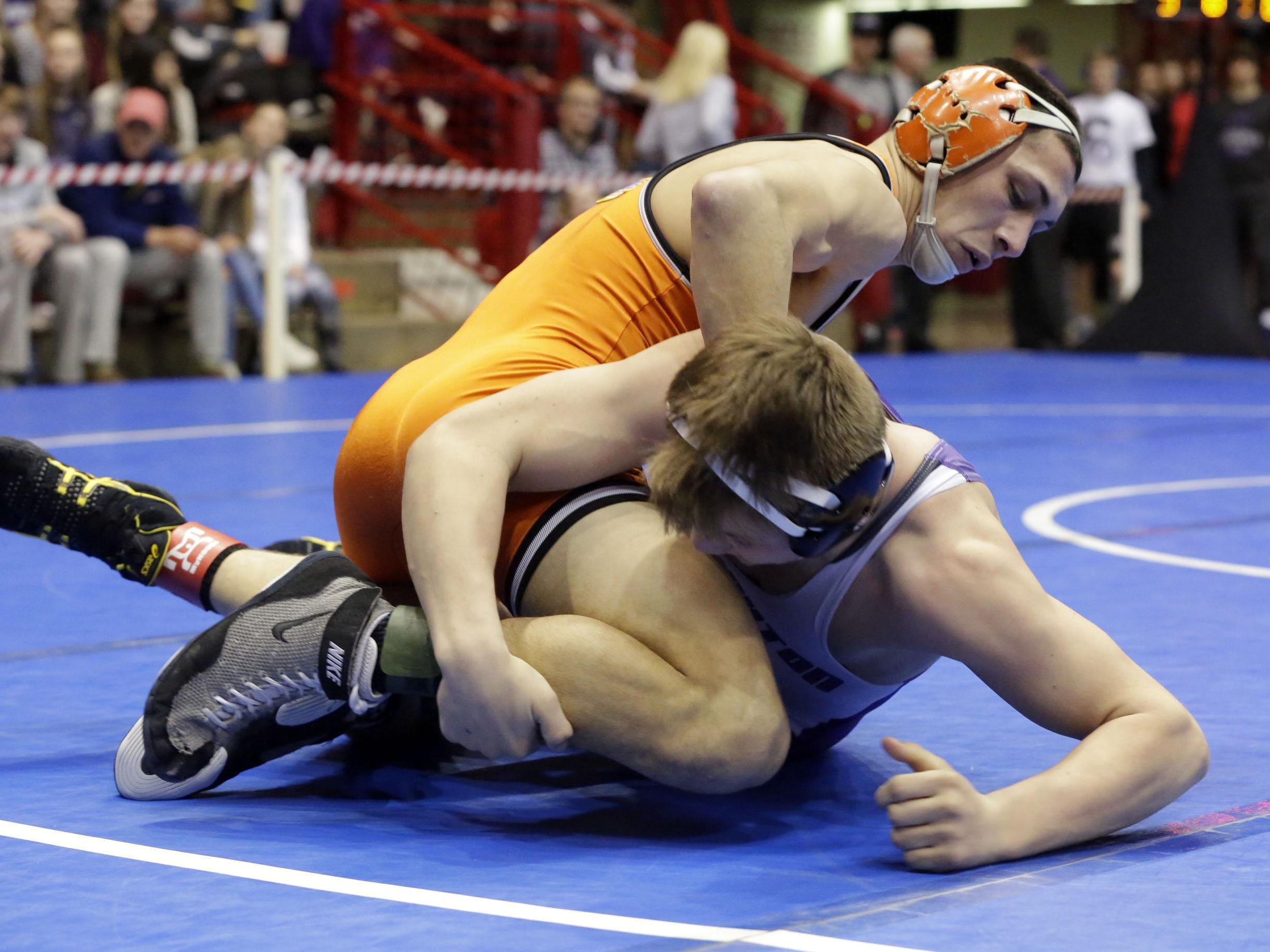 But make no mistake, few events elicit such raw emotion as this iconic sport. That was the case Saturday evening as Kaukauna senior Trent Leon hugged his father Bill in a tight embrace at the University of Wisconsin Fieldhouse.

When the two broke away, there were tears in each other’s eyes. Trent, who had helped the Ghosts secure their fourth consecutive championship with a 35-27 victory over Stoughton, knew that his high school career was at an end.

The wrestler who has been the barometer of the Ghosts this season had high expectations for himself and his team the past four seasons. But even he was impressed by how the Ghosts had just captured their fourth straight crown.

“I just had faith in my team. I led as best I could and helped us get the ‘W.’ We all did amazing. We got four (titles) in some of the craziest ways in history.”

The four titles offset the disappointment of not winning an individual state title, he said.

“This is maybe the greatest thing that might ever happen to me,” Leon said. “I never got my individual goals, but God has a crazy path that he leads us on. You always have to trust in him.”

“It’s not a vocal bunch by any means. They’re more quiet kids,” Kaukauna coach Jeff Matczak said of the seniors. “Trent’s a little more vocal, but he leads by example. The kids have been with the program a long time and they meant the world to me. I really love them.”

Leon is also aware of the impact the Ghosts’ success has on the community’s youth wrestlers, who were there in abundance watching their idols continue the Kaukauna wrestling dynasty.

“I have a little brother (Teaken) and he joined (wrestling) this year,” Leon said. “He’s a little behind in skill, but he has a lot of heart. And all those eighth graders have a lot of heart. And they’re going to be a really good fit for next year’s team. I’m showing them the way. It’ll be huge if we can keep this thing rolling. And I think they were able to see how awesome this feels. I think they’ll do a good job adapting to high school.”

https://usatodayhss.com/2017/leon-kaukauna-seniors-go-out-in-style
Leon, Kaukauna seniors go out in style
I found this story on USA TODAY High School Sports and wanted to share it with you: %link% For more high school stories, stats and videos, visit http://usatodayhss.com.