Some of the top youth soccer players in Kentuckiana are heading out for an experience of a lifetime.

Logan Barber, right, is sophomore midfielder at New Albany and a member of Kentucky Fire Juniors.

The Kentucky Youth Soccer Association is taking two teams to the Netherlands to train and learn from youth coaches at Feyenoord Rotterdam, one of the best teams in the country.

One team of 18 girls and one team of 18 boys in the 2000-2001 age group are leaving Friday for the week-long trip. It’s the second consecutive year the association’s Olympic Development Program is sending a delegation to the Netherlands to embed with a local team.

“I think for you to add any value to an international trip,  … you have to connect with a pro club because it adds the value that these players get to see what the day-to-day life is like for a youth player in a pro environment,” said KYSA technical director Adrian Parrish.

Yovani Ozuna is a sophomore at Fairdale

Though they live in Indiana, Barber and Kling are able to participate in the trip because they play club soccer with Kentucky Fire Juniors.

According to the trip’s itinerary, the players will take part in training sessions, team building and games against their Feyenoord counterparts. There’s also an emphasis on learning about Feyenoord the club and the city. The players will watch a movie about the team and get a chance to do some sightseeing early on before the focus shifts to practice sessions and games.

“I want to obviously learn some new things but also take in a completely different culture because it’s so different overseas, and then take what I’ve learned and implement that with my club and high school team,” said Barber, a deep-lying playmaker who was named captain of the girls team.

For Ozuna, an attacking midfielder and forward who made the final roster through a series of open tryouts, the trip to the Netherlands is a chance to test himself against some of the best youth talent in the world.

The week in Rotterdam will also include a chance to watch professional games in the first division, called Eredivisie, and the second division, Eerste Divisie. Feyenoord is currently in first place in the Eredivisie and is on its 15th top-division title and first since 1999.

“It will be the first (professional games) for many if not all,” Parrish said. “Some may have gone to Louisville City, some may have gone to (Columbus) Crew, some the U.S. National Team, but of course seeing the technique and tactics of these players is huge. Last year when I got to watch Feyenoord play and train all the way up to the Under-19s and U-20s, it was still a lot of work on technique. Even when you watched the first team play, when something went wrong with the technique, they were able to correct it. They fixed it very quickly. If you can take care of the basics the rest can take care of itself.”

It’s also the first time out of the country for many of the players.

“I’ll probably be nervous right before I leave because I’ll be gone for 10 days, but I’m super excited right now, I’m ready to go,” Barber said. 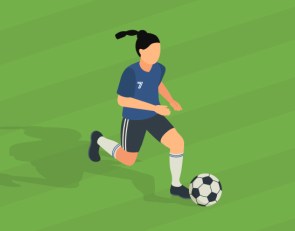 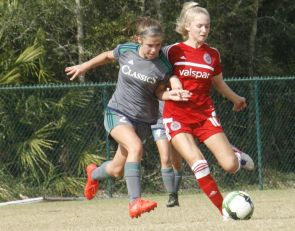 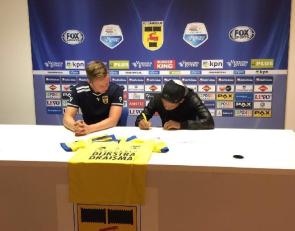 https://usatodayhss.com/2017/local-soccer-players-head-to-the-netherlands-2
Local soccer players head to the Netherlands
I found this story on USA TODAY High School Sports and wanted to share it with you: %link% For more high school stories, stats and videos, visit http://usatodayhss.com.