Lucas McFarland ,top, of DeWitt turns Dylan Terrence of Flint Kearsley for a near fall and 3 points in the last seconds of their 160lbs. division 2 state championship match to win 6-5.

The DeWitt senior was quite certain he was headed for an overtime period of wrestling in the Division 2 160-pound championship match last weekend.

Those emotions then quickly changed when McFarland, who entered the individual finals as the top seed in his weight class, finally realized he had picked up a 6-5 victory over Flint Kearsley’s Dylan Terrence to become a state champion.

“I thought I only got two near-fall instead of three near-fall points,” McFarland said. “I thought we were going to overtime so I just kind of sat there on the mat kind of confused. I didn’t know I won.

“It was just awesome. It was hard to believe. I couldn’t imagine that I just won a state championship. I had to tell myself like 10 or 20 times that I won it.”

The individual state title provided a thrilling ending to the high school wrestling career for McFarland, who was voted the LSJ athlete of the week. McFarland was also able to share the excitement with the two other training partners in his three-man group – St. Johns’ Bret Fedewa and Holt’s Kolin Leyrer.  Fedewa (Division 2, 152 pounds) and Leyrer (Division 1, 160 pounds) each also ended their high school wrestling careers by capturing their first state titles last weekend.

“We’ve done a three-man group for about eight years now and we finally all got our state championships,” McFarland said. “It was just pretty awesome.”

McFarland went 54-2 this season on the mat and his individual success played a part in a historic season for the Panthers. He was part of a DeWitt team that captured its first regional title in program history. The Panthers avenged an earlier loss to Mason to claim that title.

“It was a lot better year for me and I felt like I accomplished a lot,” McFarland said. “It just felt amazing making it to team state (finals) with my team and almost beating the second seed.” 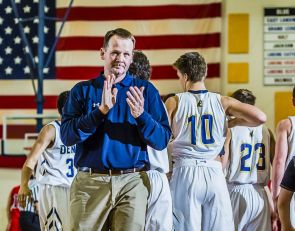 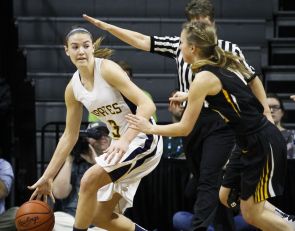 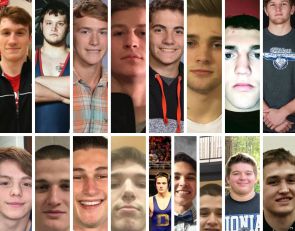 https://usatodayhss.com/2017/lsj-athlete-of-week-dewitts-lucas-mcfarland
LSJ athlete of week: DeWitt's Lucas McFarland
I found this story on USA TODAY High School Sports and wanted to share it with you: %link% For more high school stories, stats and videos, visit http://usatodayhss.com.