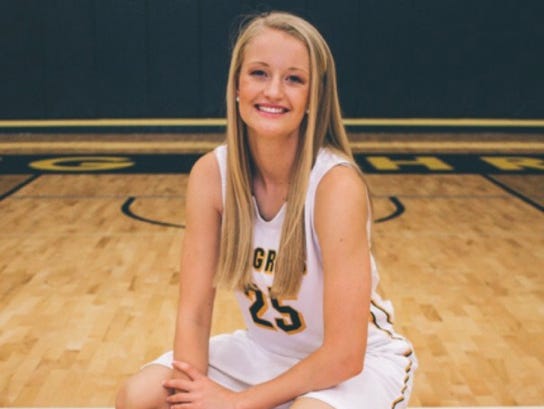 Grace Haley has just wanted to be the best she could.

The 5-foot-8 senior knew she would fill a key role if the Lansing Christian girls basketball team would have a chance at achieving its goals.

And Haley has done her part to give the Pilgrims a shot at one of those – a Class D district title – Friday.

“I feel like I’ve given all I can give and put in all the work to help our team be the best (it can),” said Haley, who was voted the latest Lansing State Journal high school athlete of the week. “I’ve kind of been playing for our team more of the role of a post just because we’re not very tall. Even though that’s probably not going to be where I’ll be playing in college, I’m totally willing to do it to fill that role on our team. Everyone else is doing their role and it all just kind of works out.”

Haley, who is signed with Bethel College (Indiana), has put together another successful season for the Pilgrims, who enter Friday’s district final against host Morrice with a 9-12 mark. She averaged 17.2 points, 10.5 rebounds and 2.4 assists during the regular season, which she capped with a 15-point, 15-rebound performance in a victory over Genesee Christian.

Haley added to her strong year Wednesday when she surpassed 1,000 career points in a district semifinal victory over Charyl Stockwell Academy.

“It’s definitely a real special opportunity (to score 1,000 points),” Haley said. “A big part of it is my team and just them distributing the ball and everybody getting good quality shots up. My team has been a big part of that. I’m very thankful and thankful for my team to help me get this milestone.”

Haley wants her senior season to be remembered for more than reaching the scoring milestone and is focused on helping Lansing Christian capture a district title.

Grace Haley has just wanted to be the best she could.