On a senior-laden La Quinta High School boys’ soccer team that proved to be tops in the Coachella Valley this season, midfielder Lucas Rosales stood out from the rest.

La Quinta’s Luca Rosales moves pass a Chaffey defender in the first half on Friday, February 17, 2017 in La Quinta.

Rosales led the Blackhawks in goals for the second consecutive season, as well as assists this year, while earning himself the honor as Most Valuable Player in the Desert Valley League. His coach, Gary Nadler, was given the league’s Coach of the Year honor after leading the Blackhawks to a 10-1-1 DVL record.

Rosales totaled 25 goals, along with 10 assists for 60 total points in helping La Quinta reach the quarterfinals as the No. 2 overall seed in the Division 2 CIF Southern Section bracket. He was joined on the All-Desert Valley League first team by four other teammates, including fellow senior midfielders Andrassy Teran and Nick Strange, along with junior goalkeeper Logan Prescott and sophomore defender Liam Manzano.

Cathedral City, who finished in second place in the DVL at 8-4, behind La Quinta who was 10-1-1, followed with three players named to the all-league list. Sophomore Leyver Guzman headlined the list as the team’s leader in goals with 29 and assists with 12. Teammates and fellow midfielders sophomore Erick Guzman and senior Fernando Plata also made the list.

Lucas Rosales, who was born without an arm, is a senior soccer player at La Quinta High School, November 22, 2016. 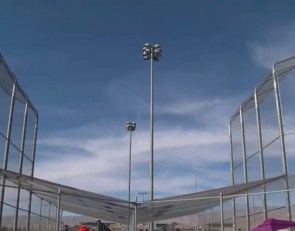 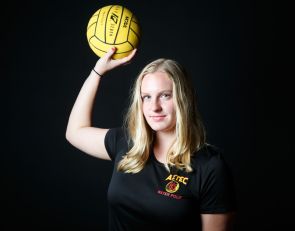