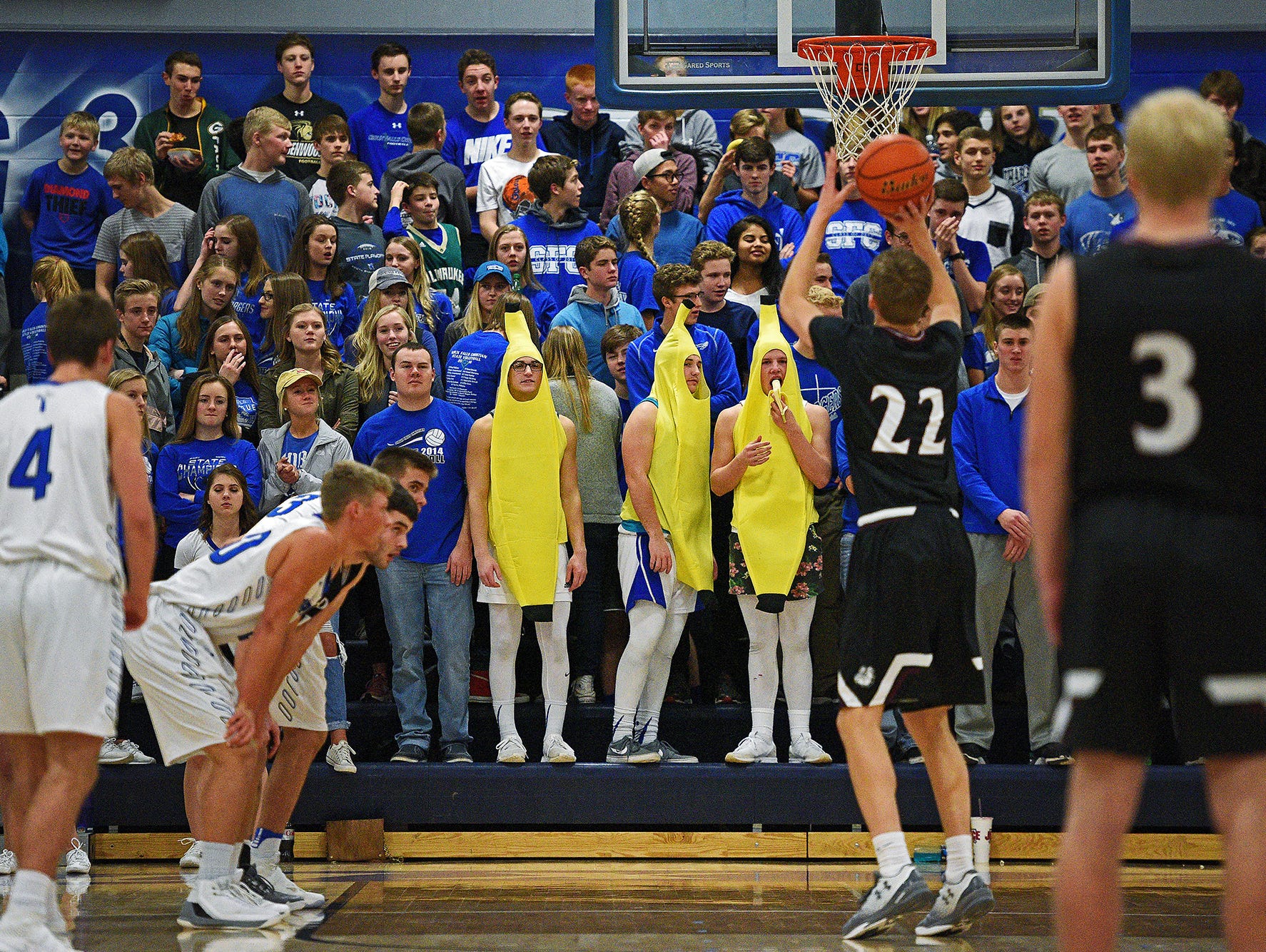 Sioux Falls Christian erased a 10-point fourth quarter deficit and had a chance to tie it in the waning moments, but a 3-point attempt by Koln Oppold from the top of the key missed badly and Madison hung on for a 67-64 victory.

Following Oppold’s miss, Madison (9-2) gathered up the rebound and Riley Janke was fouled. With two seconds remaining, Janke missed the front end of a 1-and-1 free throw shot and the Chargers (6-3) called timeout with 1.4 seconds to play. SFC’s Lee Vande Kamp threw up a prayer from beyond half court that was well short, giving Madison the win.

The teams entered the game tied at No. 2 in the most recent Class A poll, but in the second half, the Bulldogs left little doubt and created some separation between themselves and SFC. Madison trailed 31-30 at halftime but Aaron Fiegan, who led the Bulldogs with 25 points and five rebounds, scored almost immediately to start the half and Madison never trailed the rest of the way.

SFC entered the game averaging 74.1 points per game and they looked to continue that torrid scoring pace by scoring 22 first quarter points. The Chargers have won their six games this season by an average of 26.3 points per game, but they never built a lead bigger than six in the first quarter against Madison. Madison allowed just 42 points over the final three quarters. The 64 points scored is SFC’s lowest output of the season outside of a Class AA opponent.

“We really hang our hats on playing defense,” Madison coach Michael Ricke said. “I thought we were in good positions all night. That was a heck of a defensive effort. Even the shots they made, I thought we had a hand up and were contesting their shots.”

Madison built the lead to 57-47 on the first play of the fourth quarter when Marcus VandenBosch hit a 3-pointer and Madison continued its second-half dominance. But SFC dug in and got it to one at 59-58 when Oppold, who led the Chargers with 18 points, scored to make it 59-58.

“I thought we had a chance in the first half to build a little cushion, and I told our kids at halftime that they were going to eventually make a run,” Ricke said. “We knew that run was coming. They biggest thing I told our kids is that when they do make that shot, don’t hang your heads. Let’s go down and answer.”

Oppold’s drive down the length of the court was a beauty before he scored to cut it to one. He and VandenBosch were scrapping on the previous play and when Oppold scored on a nifty move that put VandenBosch on the ground, the 6-4 junior had words with VandenBosch as he ran back down the court. The play resulted in a technical foul on Oppold.

“Every time they had a little spurt, we answered,” Ricke said. “That technical was big for us. That could have very easily not been called and I’m not sure it should have been called, but that got us free throws and the ball. We answered that right away.

Madison looked to take advantage of the technical, scoring five straight and increasing the lead to 64-58 with just under three minutes to play. But again, SFC battled and when Dejay Fykstra drove the left baseline and was fouled on a massive dunk to cut it to 65-63 with just over a minute to play, SFC had life. The packed house roared on the dunk, but Fykstra failed to convert on the traditional three-point play when he missed the ensuing free throw.

“That dunk. That was a huge momentum boost for them,” Ricke said. “That thing got it to a two point game, but he missed the free throw. We came down and scored and kept the lead. We just kept encouraging the kids at each timeout to play together and communicate.”

Athlete of the Week: Lizzie Miller anchors the Knights

Despite their scoring pace this season, SFC had trouble finding the basket for nearly a quarter. The Chargers got the lead to 20-15 on an Oppold 3-pointer with 1:42 to play in the first quarter. SFC didn’t get another bucket until 2:31 to play in the half when Sawyer Prins drilled a 3-pointer to tie the game at 28-28. Lincoln Unruh hit another 3-pointer moments later and the Chargers limped into the half with a 31-30 lead.

During SFC’s drought, the Bulldogs were able to regain the lead after trailing most of the first half. Madison’s Jaxson Janke gave the Bulldogs their first lead since 4-1 when he scored with 22 seconds to play in the opening quarter, giving Madison a 23-22 lead at the end of the first quarter. The Bulldogs again got the three points when Mason Leighton scored to make it 28-25 with 3:39 to play in the half.

SFC built the lead to six at 15-9 in the first quarter, but Madison’s 6-8 senior Austin Lohsandt kept the Bulldogs in it. Lohsandt scored three buckets in a span of 47 seconds midway through the quarter.

https://usatodayhss.com/2017/madison-edges-sf-christian-in-clash-of-secondranked-squads
Madison edges S.F. Christian in clash of second-ranked squads
I found this story on USA TODAY High School Sports and wanted to share it with you: %link% For more high school stories, stats and videos, visit http://usatodayhss.com.