The use of ‘Redskins’ as the mascot for the Washington-based NFL team continues to be a controversial subject, both in the NFL and general society. It’s not a universally accepted part of society locally, either, as one Maryland school proved on Wednesday.

As noted by Sports Illustrated, Green Acres School in North Bethesda sent a letter to parents on Wednesday announcing that the school would no longer allow students to wear any articles of clothing or accessories that feature the Redskins name or logo.

The reason is simple: Head of School Neal Brown said the mascot is, “deeply insulting and offensive,” to different segments of society.

“… the term “Redskin” is a racial slur. Its use, whether intentional or not, can be deeply insulting and offensive,” Brown wrote to Green Acres parents. “It is a term that demeans a group of people. Similarly, the team’s logo also can reasonably be viewed as racially demeaning. At best, the image is an ethnic stereotype that promotes cultural misunderstanding; at worst, it is intensely derogatory.

“As such, having students or staff members on campus wearing clothing with this name and/or this team logo feels profoundly at odds with our community’s mission and values.”

The Green Acres decision is the latest subtle attack on the Redskins mascot and owner Dan Snyder’s steadfast refusal to even consider changing or adjusting his franchise’s mascot. That aggressive tone flies in the face of changes made by other programs in other sports, including the gradual transition out of the Indians’ Chief Wahoo logo and high schools across the country which continue to switch from the Redskins mascot.

Green Acres’ location will certainly drive more attention to the school’s decision, but it’s just one more brick in the wall boxing the NFL Redskins in from everyone else in sports … and most other groups in society. 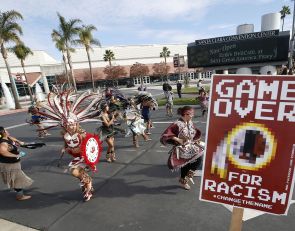 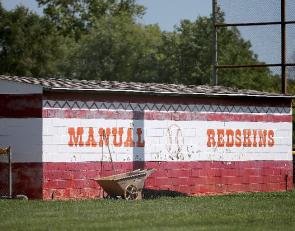 https://usatodayhss.com/2017/maryland-school-just-miles-from-fedex-field-bans-all-redskins-gear-from-campus
Maryland school just miles from FedEx Field bans all Redskins gear from campus
I found this story on USA TODAY High School Sports and wanted to share it with you: %link% For more high school stories, stats and videos, visit http://usatodayhss.com.