A Central Massachusetts high school girl achieved the incomparable by capturing the individual title at a boys regional golf tournament only to be told she didn’t actually win because girls weren’t eligible to win the tournament … or advance to the state tournament as a result.

As reported by the Worcester Telegram & Gazette, among other sources, Lunenburg junior golfer Emily Nash carded the low round at the Central Mass. Division 3 boys’ golf tournament, finishing with a three-over-par 75. That mark was four shots better than her nearest adversary, yet it was that opponent, Nico Ciolino. though both golfers would soon be in for a dramatic twist: Ciolino would be declared the winner and Nash disqualified from advancement, all because of their respective sexes.

Nash fired what should have been the winning round on Tuesday, but Massachusetts Interscholastic Athletic Association rules stipulate that girls can play in boys tournaments, but can not compete in the boys individual tournaments.

According to the Telegram & Gazette, Nash and her coach were made aware of the rule before the start of the tournament by Central Mass. Division 3 boys’ golf tournament director Kevin Riordan. After she emerged victorious, Riordan said he planned to purchase a second first place trophy and award it to Nash to commemorate her achievement.

Similarly, Ciolino offered his own first place trophy to Nash, but the teen declined to accept it on principle.

In typical golf fashion, after the round Nash was most focused on her own score, taking pride in a handful of difficult shots she sunk in wild and windy conditions.

“The wind didn’t bother me that much,” she said. “You’re striking the ball no matter what the wind is.”

A day later, Nash was more forthright, admitting that she was disappointed that her score couldn’t qualify her a state tournament berth she rightfully earned.

“I wasn’t aware until after my round that if I won, I wouldn’t be able to get the title or the trophy,” Nash told the Telegram & Gazette. “So I was definitely disappointed, but I understand that there are rules in place. I don’t think people expected for this to happen, so they didn’t really know how to react to it. None of us are mad at the MIAA or anything like that, but I was definitely a little bit disappointed.” 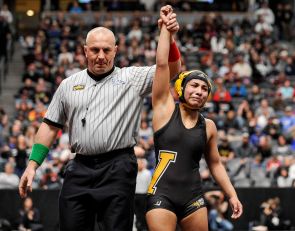 Opinion: High school boys had better learn to compete with girls in athletics 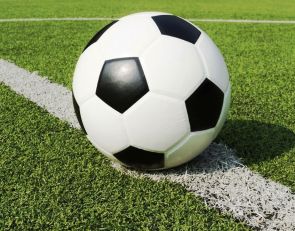 One of the best boys soccer players in Conn. is a girl 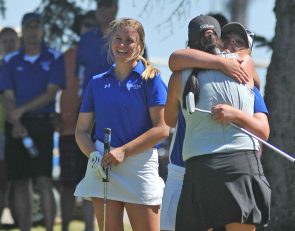 https://usatodayhss.com/2017/mass-girl-wins-boys-regional-golf-title-then-learns-shes-ineligible-to-win-because-shes-a-girl
Mass. girl wins boys regional golf title, then learns she's ineligible to win because she's a girl
I found this story on USA TODAY High School Sports and wanted to share it with you: %link% For more high school stories, stats and videos, visit http://usatodayhss.com.