Baylor coach Matt Rhule ups the ante against IMG, refuses to recruit at schools that 'take kids out of Texas'

Baylor coach Matt Rhule ups the ante against IMG, refuses to recruit at schools that 'take kids out of Texas'

Matt Rhule hasn’t been at Baylor long, but he’s already figured out that any success he’s able to sustain in Waco will come down to his ability to recruit and attract the best talent in Texas.

Matt Rhule says no #Baylor coaches will recruit at schools that take kids out of Texas like IMG. Says they won't set foot on their campus pic.twitter.com/9ZT8vPq3yH

The stance is notable in its extremity. While many of Rhule’s high school counterparts have been critical of the border raiding of IMG Academy and other programs, Rhule is the first at a power program to assert what is essentially a unilateral ban on IMG prospects.

As Football Scoop noted, one of Rhule’s native Texan hires could be a significant influence on the new stance, too. The Bears’ new associate athletic director for football relations is former San Antonio Regan head coach David Wetzel. It was Wetzel who was burned by the late transfer of quarterback Kellen Mond to IMG, with Mond later decommitting from Baylor in favor of Texas A&M in the aftermath of the school’s sexual assault scandal.

With Wetzel on staff at Baylor, perhaps it’s no surprise that the IMG grudge has continued, in super-sized form at that. The bigger question now is whether any other college program takes the bait, and whether Rhule’s stance helps or hurts his efforts to sustain a Baylor program that was on the verge of competing for a national title just three years ago. 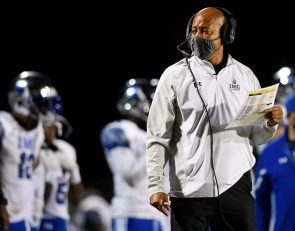 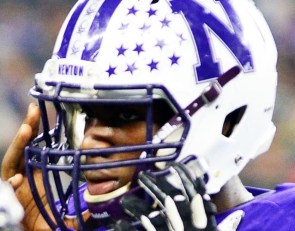 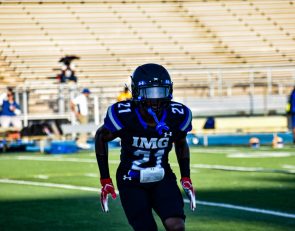 IMG defensive back O.J. Burroughs intercepting his way to stardom

https://usatodayhss.com/2017/matt-rhule-refuses-recruits-img-academy
Baylor coach Matt Rhule ups the ante against IMG, refuses to recruit at schools that 'take kids out of Texas'
I found this story on USA TODAY High School Sports and wanted to share it with you: %link% For more high school stories, stats and videos, visit http://usatodayhss.com.