This winter, we saw a girls’ water polo team in the CIF Southern Section finals, seven wrestlers make the state meet, two girls’ soccer teams advance to the CIF SS semis and another boys’ basketball team for the history books. Amidst all that, these seven local high school athletes set the pace in their respective sports while setting records and winning titles to earn the honor as The Desert Sun’s top winter athletes.

Rancho Mirage senior Charles Neal, photographed on Wednesday, March 29, is selected by The Desert Sun as the top basketball player in the valley.

For the second consecutive year, Neal was unquestionably the top basketball star in the valley, leading his Rancho Mirage squad again to the CIF Southern Section semifinals. Neal, a senior, helped the Rattlers reach a 28-4 record while averaging 25.4 points, 7.7 rebounds and 7.4 assists per game. He finished his career with 2,004 total points and 101 wins, and he was named first team All-CIF, as well as the De Anza League MVP, for the second consecutive season.

Rancho Mirage coach Rob Hanmer: “Charles had one of the best senior years of any kid I’ve coached since 1995. Not only are his stats ridiculous, but his ability to lead his team to victory 101 times in his career is very impressive. His competitive spirit will truly be missed by our program.”

College plans: Not sure where I’m going yet, and I’m not sure what I want to major in, something in marketing. I want to play college basketball for a coach who will put the ball in my hand and who trusts me to do what I can do.

Spring break plans: Spending time with my family, taking a couple trips to the beach, going on a college visit, and more basketball.

Country you’d most like to visit: I’d love to see the culture of China because it’s such a different lifestyle.

Favorite athlete: Russell Westbrook because of the edge and mentality he plays with, going 100 percent each time he’s on the court.

Favorite sport other than yours: Soccer. I played for eight or nine years to work on my footwork.

Favorite memory from this season: The bus rides back home after our playoff games.

Favorite weekend getaway: Spending the weekend with my family anywhere. They help me relax and escape sometimes.

The senior and three-sport star athlete at Palm Desert led the Aztecs to the team’s first playoff win in 14 years. Schinke scored 22 points and pulled down seven rebounds in the team’s 46-42 win over Jurupa Valley. Her senior season, she averaged 15.8 points and 6.6 rebounds per game in leading Palm Desert to a tie for second in the Desert Valley League standings. Schinke was also named first team All-DVL and first team All-CIF in Division 4AA.

Palm Desert coach Adam Emmer: “On top of being a really skilled player, she is one of the most coachable and humble players I have ever known. … She shows her confidence in her teammates during games with how she trusts them on both ends of the floor. The fact that she is so talented and doesn’t put herself before her team is what makes her special.”

Spring break plans: Hopefully going to the beach or hanging with friends by the pool.

For the second consecutive season, the La Quinta senior led the Blackhawks in goals scored with 25, to go along with his 10 assists for 60 points in 22 games. Led by Rosales, La Quinta finished 10-1-1 in Desert Valley League action and clinched the No. 2 seed in the CIF SS Division 2 playoffs. He was named the MVP of the league and also made the All-CIF first team.

La Quinta coach Gary Nadler: “Lucas’ strength on the ball and his tenacity were factors in many of the goals he either scored or assisted on. Lucas consistently outworked defenders and then used his tremendous ball skills and vision to our advantage. I was also impressed with the leadership role Lucas took on this year. With a quiet confidence and easy-going demeanor, Lucas is a natural leader.”

Spring break plans: Going to the second weekend of Coachella.

Favorite sport other than yours: Basketball

Favorite memory from this season: Winning the DVL championship and being named MVP.

Favorite weekend getaway: Anywhere I can be with friends.

Jordan was named the Desert Valley League Defensive MVP as a major member of an Aztec defense that gave up less than 1.5 goals per game this season. Jordan finished with 10 goals and three assists from her defender position and helped lead Palm Desert to the CIF SS Division 5 No. 1 seed. Palm Desert finished its season with a 2-0 loss in the semifinals on the road at Viewpoint in the best finish in program history.

Palm Desert coach Chris Keuilian: “Jane came into this season with a renewed drive and passion for this team to succeed. She, along with the team, had lofty goals and put in the work required to push the team to heights that had never been reached on this campus.”

Favorite sport other than yours: Softball

Favorite memory from this season: Our last home game of the season in the playoffs against Western Christian.

Sarah Nichols is selected by The Desert Sun as the top girls water polo player in the valley this season, Monday, March 20, 2017.

Nichols capped off her high school water polo career with a Desert Valley League-record 69 goals this season in the Aztecs’ 12 league games. In her career, she amassed 408 goals and set a school record for this season with 170 goals. The Aztecs were bumped up to Division 2 this season, where they lost in the first round of the playoffs after sharing a DVL title, but Nichols helped lead Palm Desert to three CIF finals and two championships her previous three seasons.

Palm Desert coach Michelle Valovic: “What impresses me the most, and has impressed me the last four years, is Sarah’s work ethic. She is one of the hardest-working athletes I’ve ever worked with. Her drive and desire to be better and push harder makes others work harder too. The way she grinds every day is inspiring.”

Favorite sport other than yours: Freestyle skiing or volleyball

Favorite memory from this season: Finding out from my dad that I broke the record for goals in a season.

The senior wrestling star finished his already star-studded high school career by adding an evasive state title to his trophy case after a perfect 49-0 season. Mantanona defeated Oakdale’s Abel Garcia 5-2 in the 170-pound state championship match in his only non-pin of the state meet. He finished with a state record 151 pins during his four years where he qualified for the state meet at the end of each season. Mantanona won four DVL titles, four CIF SS divisional crowns, two CIF SS Masters Meet crowns and three medals from the state meet – the last being by far the most impressive.

Palm Desert coach Tom Lee: “His style is unique and he’s really perfected it the last few years. He doesn’t do the conventional things. His commanding pins are a new record for California. No one has been as dominant his senior year except for a few. It’s hard for anyone to get out of the first period against him.”

College plans: Going to University of Oklahoma on scholarship to wrestle and would like to major in business.

Country you’d most like to visit: Guam. My family is from there.

Favorite sport other than yours: Football

Favorite memory from this season: The last few moments of my state finals match.

After starting her freshman season as the school’s only female wrestler, Salinas helped create excitement around a squad that had six girls wrestling in green and yellow at the end of the season. She finished eighth in the state at 116 pounds for the second consecutive year. Leading up to the state meet, she won the CIF SS championship after pinning four opponents and winning in dominant fashion 11-5 in the finals.

Coachella Valley coach Osiel Salinas: “Destiny’s confidence made her season fun. She wrestled almost the whole season at 133 pounds and did very well, choosing not to drop any weight until the end of the season (when she wrestled at 116 pounds during CIF).”

College plans: Not sure where I’m going yet, but I want to be somewhere by the ocean and major in art.

Favorite athlete: Don’t have one.

Favorite sport other than yours: Football

Favorite memory from this season: Having all my teammates around to support me all the time.

Sarah Nichols is selected by The Desert Sun as the top girls water polo player in the valley this season, Monday, March 20, 2017. 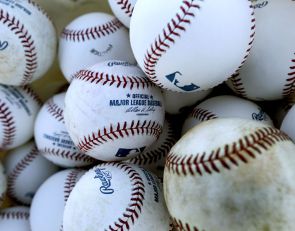 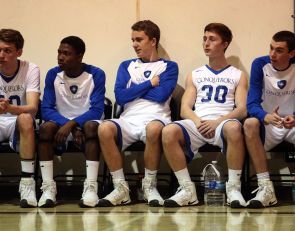 Desert Christian reserve is the heart of the Conquerors 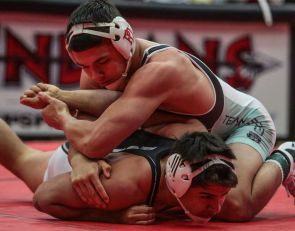 https://usatodayhss.com/2017/meet-the-desert-suns-top-winter-athletes-of-201617
Meet The Desert Sun's top winter athletes of 2016-17
I found this story on USA TODAY High School Sports and wanted to share it with you: %link% For more high school stories, stats and videos, visit http://usatodayhss.com.