The game was for the District 6A-16 title and there was definitely a big-game atmosphere, with former NFL receiver Chad Ochocinco, former NFL running back Najeh Davenport and Dolphins defensive tackle Ndamukong Suh among the notables on the sidelines.

RELATED: How the Super 25 fared Friday

Northwestern quarterback Tutu Atwell, a Louisville commit, did not disappoint. He threw two touchdown passes and had a touchdown run called back because of a holding penalty.

Atwell’s second touchdown pass, a 52-yard strike to Nigel Bethel, Jr., with 1:46 left in the third quarter, was the clincher as the Bulls’ defense wasn’t allowing much.

Central (7-2) scored its only touchdown with 2:06 to play on a 43-yard touchdown pass from Maurice Underwood to Terrell Perriman.

Bulls defensive back Divaad Wilson, a Florida commit, set up the first touchdown of the game, picking off Miami Central quarterback Tijuane Morten’s pass. A few plays later, Davonne “Bo” Kendrick sprinted 55 yards for a touchdown to put the Northwestern up 7-0 with 24 seconds remaining in the first quarter.

The Bulls’ second touchdown came from a 9-yard pass from Atwell to Kiaryn Davis with two seconds to go in the first half.

Next Friday, Miami Central plays host to another District 6A-16 foe in Carol City (Miami). Northwestern next plays host to Jackson (Miami) on Nov. 3. 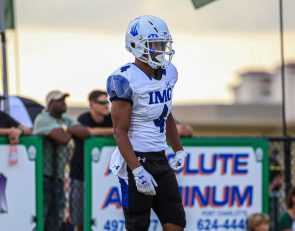 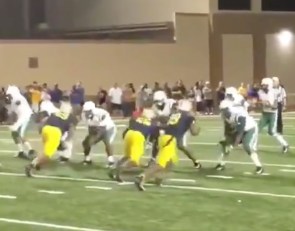 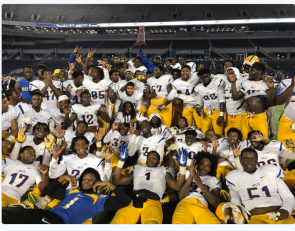 Miami Northwestern knocks off No. 18 Armwood for first state title in a decade

https://usatodayhss.com/2017/miami-northwestern-atwell-knock-off-no-6-miami-central-in-305-stunner
Miami Northwestern, Tutu Atwell knock off No. 6 Miami Central in 305 stunner
I found this story on USA TODAY High School Sports and wanted to share it with you: %link% For more high school stories, stats and videos, visit http://usatodayhss.com.