It’s been nearly three years since Mo’ne Davis set the sports world on fire, starring at the Little League World Series for an all-star team from Philadelphia. Now the teen is back in the limelight on the mound, pitching for the Philadelphia Phillies representative at the RBI World Series.

Davis’ return to baseball comes after a much heralded stint on the softball team for Springside Chesnut Hill Academy, where she is also a basketball star. Davis still plans to compete in basketball at the collegiate level and has been recruited by significant Division I programs.

For now, Davis is focusing back on baseball, with mixed results.

Mo’ne Davis is back and still bringing it against the boys – this time at the @MLBRBI World Series. pic.twitter.com/OVywnNhTfP

In her first game back on the mound at the RBI Series, Davis imploded, allowing two runs on a pair of hits and a throwing error by the pitcher herself in a 4-3 loss. No matter. Just as the best often do, Davis shrugged off the disappointing performance and rallied to shut down her opponent, the Junior Astros, over 2 1/3 innings.

Whether Davis can continue to excel on the mound remains to be seen. For now, she’ll be happy to focus on baseball when she’s pitching and succeeding at just about everything else when she’s off on basketball, softball or even school in general. 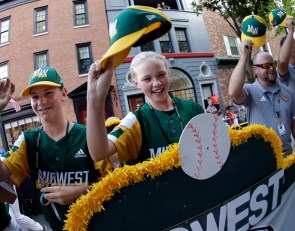 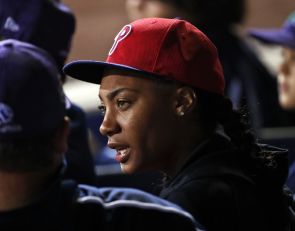 As Mo'ne Davis' illustrious youth sports career comes to an end, she looks ahead to what’s next 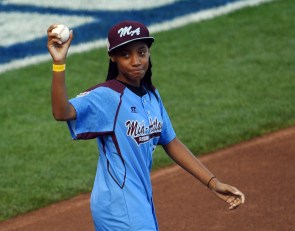 https://usatodayhss.com/2017/mone-davis-is-back-in-baseball-and-turning-heads-again-at-the-rbi-world-series
Mo'ne Davis is back in baseball and turning heads again at the RBI World Series
I found this story on USA TODAY High School Sports and wanted to share it with you: %link% For more high school stories, stats and videos, visit http://usatodayhss.com.