A total of four charges of child abuse now are being sought by police against both James and Belles. Chandler police allege the two men knew about the assaults but did not contact authorities, opting to investigate matters themselves.

In addition to James and Belles, Athletic Director Shawn Rustad could face charges of non-compliance with a “duty to report” law and child abuse in the case, police said.

No charging decision has yet been made by the Maricopa County Attorney’s Office, which is continuing to review the case.

Until then, the three men remain on campus under the “presumption of innocence,” according to Terry Locke, Chandler Unified School District spokesman.

Belles was relieved of his coaching duties but has been teaching full time this school year.

Chandler police sought charges against James, Belles and Rustad in late July, saying in a probable-cause statement submitted to a court that the men knew about the alleged assaults but did not contact law enforcement, instead opting to handle the matter in-house.

“It is important to understand that no adjudication has been made that reporting procedures were not followed,” Locke told The Arizona Republic, adding that the men are “innocent until proven guilty under our country’s system of justice.”

Police allege that members of the football team committed multiple physical and sexual assaults on younger players in the locker room from fall 2015 to January 2017.

Police said the assaults were varying levels of criminal offense and included penetration. Victims said they were referred to as “fresh meat” who had to be hazed.

A victim later provided a written statement to police about his meeting with Rustad in January, the court statement said. The victim said he specifically told Rustad, “They had held me down, pulled my pants down.”

The victim also told police that Rustad asked him if he had been penetrated.

Rustad then recounted details he obtained from that interview, about players pulling down each other’s shorts, to the victim’s parent, according to the court document. 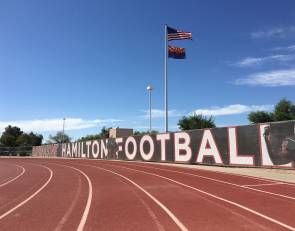 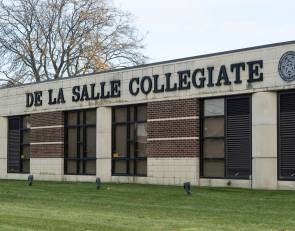 https://usatodayhss.com/2017/more-charges-sought-against-arizona-principal-former-coach
More charges sought against Arizona principal, former coach in hazing case
I found this story on USA TODAY High School Sports and wanted to share it with you: %link% For more high school stories, stats and videos, visit http://usatodayhss.com.