A Fortuna (Calif.) football player was placed in a medically-induced coma Monday after suffering a stroke, the player’s mother told the The Press-Democrat.

Bailey Foley was injured in a game Friday night at Cardinal Newman, and suffered a seizure on the sideline. It remains unclear what caused Foley’s injury, and if the stroke was a result of the injury or the later complications.

“How does a 17-year-old have a stroke?” Foley’s mother, Tara Johnson, said to the paper. “Did (the game) cause this to happen or (is it) a result of what happened?”

Foley began having cramps and then a seizure late in Fortuna’s season opener Friday. He was taken to the hospital where doctors discovered bleeding on the brain, an indicator of a potential traumatic brain injury. Doctors then removed a portion of his skull.

Johnson said Foley began showing positive signs Sunday, such as opening his eyes a bit as the medications began to wear off.

“It was him. It gives you hope,” she told the paper. “Any time you see any part of him moving, it’s hopeful.”

Foley’s condition deteriorated, however, as he later developed a fever and pneumonia. He was placed back into a coma early Monday, the Press Democrat reports.

More details of Foley’s condition will be known Tuesday when doctors are planning to take him out of the coma. 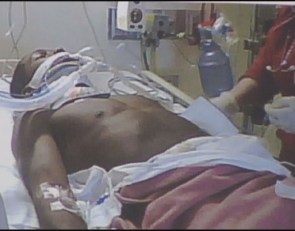 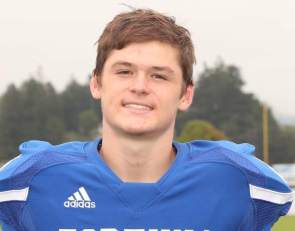 https://usatodayhss.com/2017/mother-calif-football-player-suffered-stroke-has-again-been-placed-in-medically-induced-coma
Mother: Calif. football player suffered stroke, has again been placed in medically-induced coma
I found this story on USA TODAY High School Sports and wanted to share it with you: %link% For more high school stories, stats and videos, visit http://usatodayhss.com.