Four years ago, Owen Groesser made ESPN’s Top 10 plays on “SportsCenter” for hitting two three-pointers in a game for Van Hoosen Middle School in Rochester Hills.

The crowd went wild that night against Troy’s Boulan Park, screaming, chanting and waving signs emblazoned with Owen’s name. A Twitter campaign, called #GetOwenOnSportsCenter, worked to perfection as video of Owen, who has Down syndrome, went viral.

Now, Owen and his long-range stroke are back. He’s now a senior at Rochester Adams and hit a three-pointer in his final high school home game Tuesday night, a loss to Sterling Heights Stevenson.

Owen had been featured on ESPN’s “E:60” for his middle school three-pointers and also gained fame in 2014 for scoring a junior varsity football touchdown. 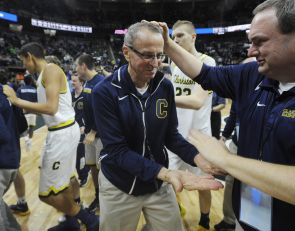 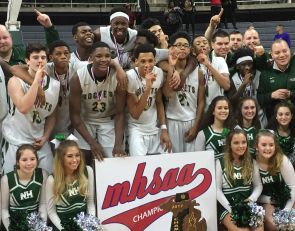 Class B final: New Haven runs away with title, 45-36, over Ludington 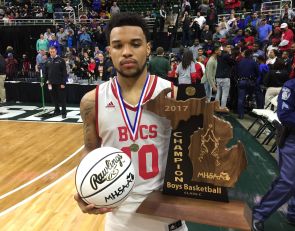 https://usatodayhss.com/2017/mustwatch-moment-owen-groesser-hits-another-3
Must-watch moment: Owen Groesser hits another 3
I found this story on USA TODAY High School Sports and wanted to share it with you: %link% For more high school stories, stats and videos, visit http://usatodayhss.com.