Troy Mott led the team for 11 years and departs as the winningest coach in program history.

The Napa Valley Register reports that Mott’s departure came after what he described as varying philosophies on the program’s future. Per the Register, Mott turned in a letter of resignation to Principal Annie Petrie around midday. The two have had ongoing meetings since November.

District spokeswoman Elizabeth Emmett told the Register the entire coaching staff was told earlier this year that they would have to reapply for their jobs in the wake of the hazing scandal. Emmett said the disagreement with Mott involved the rehiring process for the seven coaching staff positions, of which Mott wanted control while administrators insisted on being part of the process.

Napa Valley Unified School District held a public expulsion hearing Tuesday for a player accused of hazing. The hearing was held to decide whether or not to expel Johnny Torres, a Napa High School JV football player, for one year.

RELATED: VIDEO: Napa (Calif.) QB, one of nearly a dozen accused of hazing, speaks out to clear name

The program, however, has been dealing with hazing allegations over at least two years. Napa police tell the Register they have referred 14 players and one coach to the district attorney for possible charges.

Torres and eight other JV football players are facing expulsion after their alleged hazing incident. According to one player, the sophomore players charged and held another player down while a third poked that player through his uniform pants, in the rear end.

The case ends a stellar run at Napa for Mott, who had a 94-35 career record at the school. The team has won three consecutive Monticello Empire League titles under the coach, who was honored by the CIF state office as one of its Model Coach Award winners for the 2015-16 school year.

“I’m going to miss my players and my coaches,” Mott said in his resignation letter, obtained by the Register. “I’m going to miss the day-to-day grind of spending time with the players in the weight room and on the practice field and certainly game nights. I’m going to miss all the interactions that we’ve always been able to have.

“It hurts to do this. I have to go back to my values and what I think is right and stand by that.” 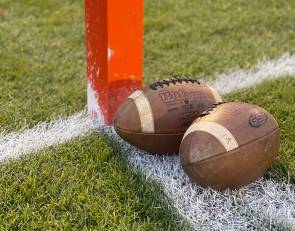