The first Wednesday in February. That was the day.

For as long as there have been National Signing Days, they’ve landed on the first Wednesday of September. That all changed in April, when the NCAA passed legislation that created an Early Signing Period, which starts the Wednesday before the Christmas break and continues for three days. The adjustment became official when it was approved the by the Collegiate Commissioners Association in June.

As soon as the legislation passed, the questions began. How would adding a second signing period impact the traditional Signing Day in February? Would the top prospects actually be willing to sign on to their collegiate future six weeks earlier? Would NCAA coaches push to get their premier recruits on the books in December … and enrolled in January when possible?

On Dec. 20, the answers to all three questions became a clear “yes.”

In total, 37 of the nation’s top-50 prospects in the 247Sports rankings signed Letters of Intent on the first day of the December Early Signing Period. That included a number of announcements on Dec. 20 with all the dramatic flair traditionally reserved for the first Wednesday in February (Ohio native Jackson Carman to Clemson in a bus over the corpse of Urban Meyer, anyone?).

Schools had varying degrees of success in getting their top targets to sign last week, but nearly all of the nation’s biggest programs had a majority of their priority targets sign. That includes Notre Dame, which signed its entire 20-player class on Dec, 20. No February drama in South Bend.

The recruiting drama isn’t over, of course. There are still plenty of top players to announce where they’ll attend college, whether that comes in February or some day in between.

Yet, for the first time in modern college football history, most the recruiting answers are already known. Four of the nation’s top-10 prospects are headed to Clemson, three will be Georgia Bulldogs (as will the nation’s top recruiting class) and just about all the top defensive backs will be Texas Longhorns.

If you really want to remain excited about February, keep an eye on Patrick Surtain Jr., Amon-Ra St. Brown and Nicholas Petit-Frere. For everything else, the answer is already known, and we learned it all in the Early Signing Period. 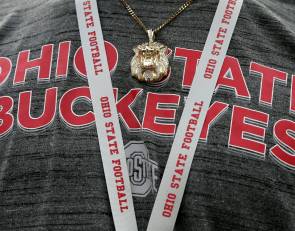 From the rules book: Snap infractions