When LaDainian Tomlinson entered the Hall of Fame in August, he did so on the back of an NFL and collegiate career built on memorable highlights and an unquenchable work ethic. Yet both those careers came on the heels of a scholastic career in which he was a late bloomer who emerged as a senior star, forged in the fire of Texas high school football toughness.

“There’s no question about the talent in Texas,” Tomlinson told USA TODAY. “There’s just so much of it all over the state. I look at some of these games when Bishop Gorman (Nev.) comes to play one of our high schools. They have all the talent at that one high school for the whole state. In Texas, you might be playing against a team that has two Division I athletes. The talent is spread everywhere. If you put the best talent in the state of Texas against anyone else, we would win. There’s no question. It’s kind of unfair.

“I think being a native Texan, there are a few things we really care about. Our state, football, but also peanuts. What the National Peanut Board is doing is putting on this game, which happens to be one of the biggest games in the state of Texas, between DeSoto and Cedar Hill. We’ve got something to get excited about around the game, which just makes it more fun for everyone. You get bragging rights and a nice trophy after the game.”

Tomlinson was back in the Lone Star State on Friday to celebrate one of the most heated rivalries in the state, with Dallas-area powers DeSoto and Cedar Hill facing off in the first Peanut Bowl, sponsored by the National Peanut Board. While both schools are perennial Super 25 contenders, neither entered Friday night in the current rankings, though both have the talent and heritage to make a deep playoff run.

That didn’t take away from the intensity of the contest, with the Eagles holding Cedar Hill to a single touchdown in a surprisingly defensive-oriented 21-7 victory. DeSoto senior running back Kelan Walker led all offensive threats in the game with 121 yards rushing and two touchdown receptions for the Eagles.

The difficulty of those two touchdowns underscores how impressive Tomlinson’s senior season at Waco (Texas) University was: He finished the campaign with 39 touchdowns after one of the most memorable debuts in Texas high school football history.

“When I think back on my high school career, I think of my first game at running back,” Tomlinson said. “We were playing against Austin LBJ and I had six touchdowns in that first game. LBJ was full of talent with Division I type guys. To start with six touchdowns and end the year with 39, that was really something.”

That performance sparked a surge of recruiting interest in Tomlinson, though eventually only TCU and Baylor offered him a scholarship. He famously chose the Horned Frogs because they were closer to his mother, who relocated to Fort Worth before his senior season in high school.

From there, the rest was history. An All-American selection and Doak Walker award as best running back at TCU. A five-time Pro Bowl selection, three-time first team All-Pro and 2006 MVP award in a career that was always going to end in Canton.

“I was just thankful and honored to be there when I got to the Hall of Fame,” Tomlinson said. “I thought of the everyday journey of all the people who helped me get to the Hall of Fame. Even my Pop Warner coaches. They taught me about working out every day and great sportsmanship. You learn different lessons throughout.

“My high school running backs coach, Walter Brown, was the reason I could get to a Division I college. He took me by the hand and got me to go take the ACTs and SATs. I didn’t know how to do any of that. All the teachers who took extra time with me to make sure I understood my lessons. My journey couldn’t have been any better with the people in my life. My mom taking me to practice and being there every day. It was truly amazing when you reflect on that.” 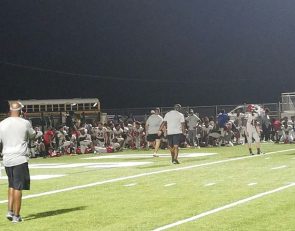 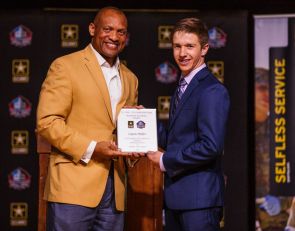 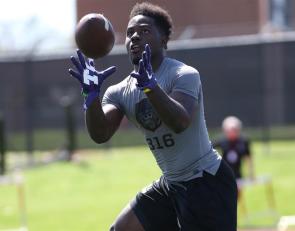