No. 1 player Marvin Bagley III picks Duke, will reclassify to 2017

No. 1 player Marvin Bagley III picks Duke, will reclassify to 2017

Marvin Bagley is the No. 1 player in the country. (Photo: USA TODAY Sports)

Pencil in the Duke as the favorite to win the national title in San Antonio next April.

Sierra Canyon (Chatsworth, Calif.) forward Marvin Bagley III, the No. 1 player in the Class of 2018, picked Duke over USC and UCLA Monday night on SportsCenter.

“Just the brotherhood there; that’s what Coach K preached on my visit,” Bagley said in announcing the determining factor. “I had a good feeling there ever since they first offered me a scholarship. It’s a special place.”

Bagley also announced his intentions to reclassify to 2017 and be on campus within the next few weeks after finishing up his high school academic work. Fall semester classes begins Aug. 28 at Duke.

The NCAA ultimately will need to make a determination on his eligibility.

Bagley is widely regarded as the favorite to be picked No. 1 overall in next year’s NBA Draft; therein lies the motivation for his reclassification.

Hard to argue there with a potential starting lineup of Bagley, Duval, Grayson Allen, Trent and Carter. 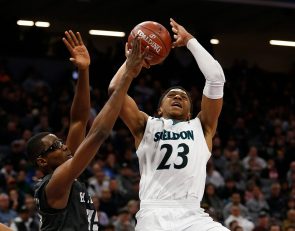 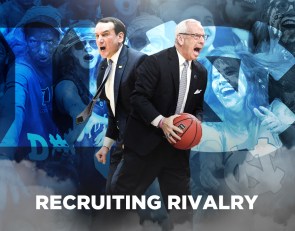 Recruiting Rivalry: Duke and North Carolina battle for five players in the Class of 2019

https://usatodayhss.com/2017/no-1-player-marvin-bagley-iii-picks-duke-usc-ucla-will-reclass-to-2017-krzyzewski
No. 1 player Marvin Bagley III picks Duke, will reclassify to 2017
I found this story on USA TODAY High School Sports and wanted to share it with you: %link% For more high school stories, stats and videos, visit http://usatodayhss.com.