When it comes to chasing rabbits, the literal rather than the figurative kind, North DeSoto’s Bailey McMillian needs a little work.

Early in the Lady Griffins’ 15-0 victory over Minden Thursday afternoon a modest-sized hare appeared in left field behind the animated slugger.

“I was out there playing left field and everyone hollered ‘look,’ so I looked on the ground and a rabbit is running across the field,” McMillian said. “It stopped at the fence, and I didn’t want it hanging out with me, so I took off running after it. But it ran a lot faster than I did so it got under the fence.”

Missing the rabbit was about the only thing that didn’t go right for North DeSoto, the two-time defending LHSAA Class 4A state champions, who play in a divided District 1-4A. The Lady Griffins clinched their half of the league, which includes Benton, Northwood and Caddo Magnet, Tuesday with a victory over Benton. The Lady Tiders won their half with Huntington, Fair Park and Bossier.

North DeSoto coach Lori McFerren discuses a play with Amber Giddens and Bayli Simon during Thursday’s game with Minden at the Airline field.

The two clubs met at Airline under perfect conditions for the overall title, just as they did last season. Minden senior Olivia Osborne held the potent North DeSoto bats largely in check for most of the first four innings. But as teams in Sulphur have discovered the past two seasons, you can’t keep a bunch of rabbit chasers down very long.

“We started off kind of slow because we don’t hit slower pitching very well, but Minden did a great job keeping us on our front foot,” North DeSoto coach Lori McFerren said. “We have a big weekend coming up with Ouachita and Jena coming to our place, so we needed to get this work in.”

The Lady Griffins scored eight runs in the top of the fifth before Minden was able to record an out. The tallies came from Taylor Christian, Britlyn Garrett, Sheridin Loe, Laken Martin, Delafield, Giddens, Simon Madison McMellon and Skyler Boyd.

The Lady Tiders were held to a pair of hits off Delafield with Osborne picking up a single and Zimayo Manning cracking a double in the bottom of the fifth.

“We’ve had a lot of adversity this year – a lot of adversity,” Minden coach Taleshae Haulcy said. “But the kids kept battling back and believing in themselves to go 14-12 and get a No. 20 seed in the LHSAA. That’s our highest in my five years here. I’m very proud of these girls.”

McMillian was all smiles after the game, although she feinted at not wanting to be on video retelling her rabbit encounter. She admitted she never considered considered catching the rabbit for a meal, and she says she’s never tried the delicacy. 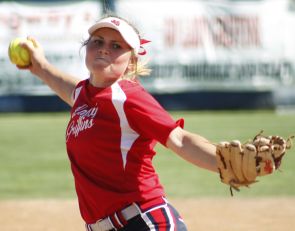 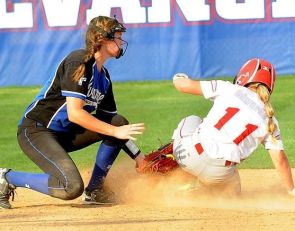 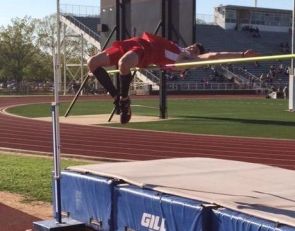